Tokyo is a country with a vast array of amusement parks, that come in all sorts of shapes and sizes. Want to experience life in the style of the Edo Period? Ride one of the fastest roller coasters in the world? Or, experience the most frightening haunted house attraction on the planet? Then read on, for our top four amusement parks in Japan: 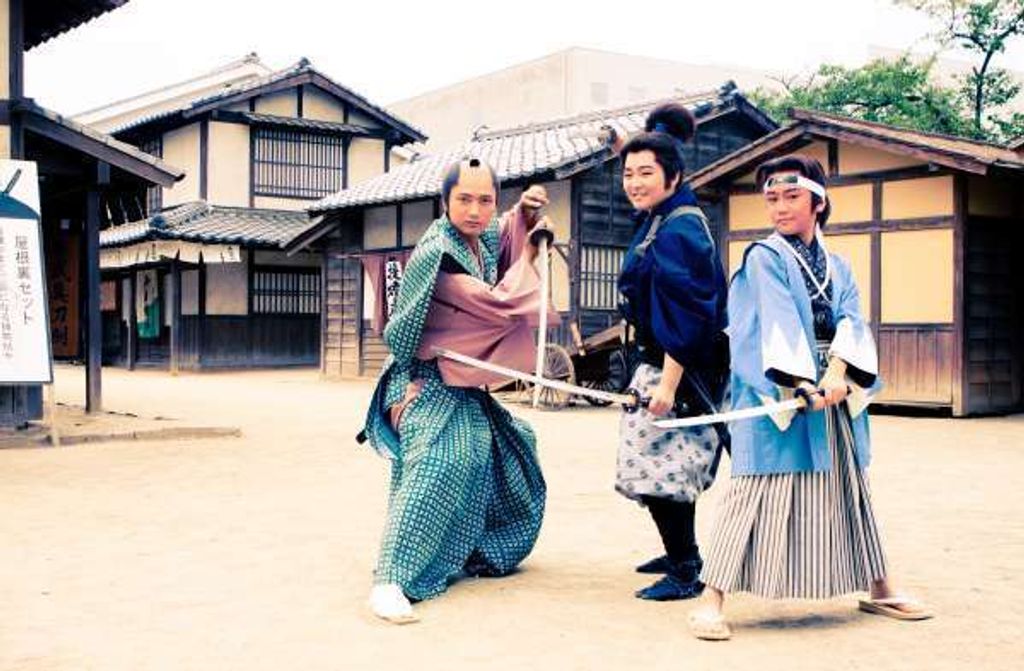 The theme park was first opened in 1975 and is a place where you can experience the world of the period drama through its open sets, events and attractions. In a mock-up of an Edo town within the village, actual filming of movies and TV programs is done and it’s possible to observe the process. When you arrive in the village, there are staff walking around as samurai, townswomen and ninja, and one of the nice things is that you will be greeted openheartedly by them. There are plenty of events such as a chanbara show with samurai crossing swords and Edo street performances. As well, at the Padios theater in the village, exhibitions and shows of successive generations of Toei superheroes are held.

At the Costume Rental Shop, you can try on the same makeup, wigs and clothing that are used in the real period dramas, enjoy taking photos with the real set as a backdrop and stroll freely around the village for 1 hour. Various costumes for samurai, maiko and oiran, etc. can be selected, and a real set-up by Toei technical staff is popular. At the Ninja Mystery House, after getting a lecture on the tricks of the trade, the attraction is trying to escape through the exit. You can try out the genuine tools of a ninja, and everyone of all ages can enjoy the experience. At the Ninja Training Dojo, you can participate in walking on logs, climbing up castle walls, climbing down roofs and other ninja training. The Ninja’s Labyrinth is a gigantic 10m-tall, 3-storey maze where the ninjas have to use their skills and athleticism to break through to the goal. As well, there is the Trick Art Museum, a haunted house with the theme of Kyoto legends and many other attractions to be enjoyed. 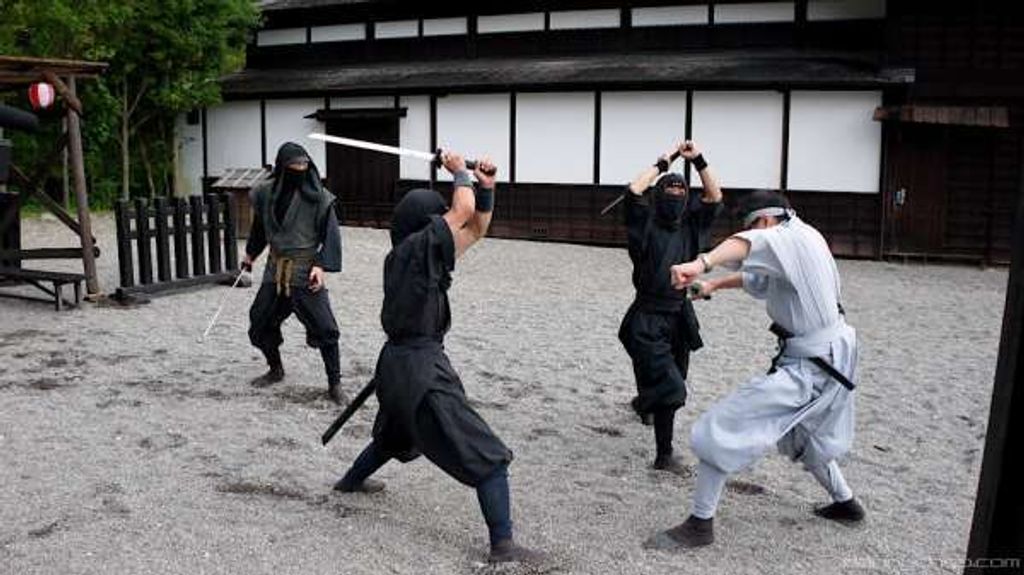 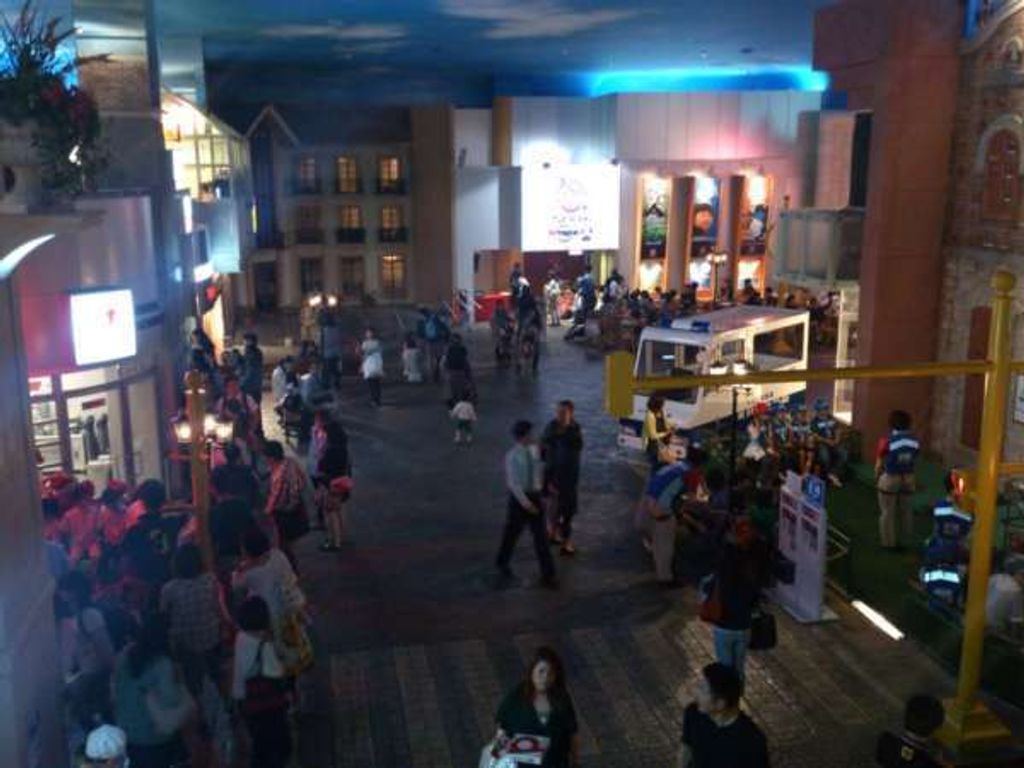 Kidzania comes from the short form of the German word for “children” (kinder), and the two Latin words for “wacky” (zany) and “land of” (ania). For kids from 3 to 15 years of age (partial restrictions according to height), children can try over 80 types of jobs such as fireman, police officer, bus guide and model. Adults basically cannot enter any of the pavilions to respect the children’s independence. They can observe from outside or wait in a separate lounge while watching their children on a monitor. This is a theme park like no other which respects children in ways such as the launch of a kids’ council to improve Kidzania and the raising of admission by kids.

Trying out jobs is a given and services that make use of things such as borrowing cellphones and earning licenses are real. Any child can conduct himself/herself as an adult and naturally learn about responsibility and self-reliance. Inside the park, the stores and vehicles they usually see are right there. The tools, materials and uniforms prepared for hospitals, TV stations and restaurant kitchens are all genuine. Entering the facility is through an airport immigration gate. Kids will receive a map, traveler’s cheques and a schedule card and will try out a job they like. When they are paid, they can also go shopping, learn, create a bank account and make deposits.

Kidzania is a theme park based on a capacity system. In one day, there are 2 shifts: 6 hours in the morning and 5 hours in the afternoon. To experience as many jobs as possible during that time, it is effective to plan things out to a certain degree beforehand. Since a child can freely act around the park, everyone entering the facility wears a security bracelet.

Fuji Q Highland at the foot of Mt. Fuji in the Fuji Five Lakes resort area is an amusement park that is popular with young people looking for thrills. It has Guinness-smashing records with its epic screaming roller coasters and attractions such as Japan’s fastest coaster, the Dodonpa, and the FUJIYAMA with a drop of 70m. Since its opening in 1961, it has always aimed at introducing new attractions and renewing existing ones, and within the grounds, there are not only roller coasters but rides for the whole family and attractions for kids, so it is an amusement park where people of all ages can enjoy themselves. In addition, it always goes for the cutting edge such as introducing attractions based on popular anime symbolizing Cool Japan. Outside of the park, there is the Q-BOWL bowling alley and a skating rink (winter only) along with the Fujiyama Onsen hot spring facilities, the Fujiyama Museum which exhibits Mt. Fuji –themed art and the Highland Resort Hotel & Spa. The area continues to provide fun and relaxation as a general resort facility.

Fuji Q Highland is famous for its large roller coasters. It’s filled with amazing attractions such as the Takabisha with its Guinness record of the steepest drop of 12１°, the Eejanaika as the World No. 1 in the total number of revolutions, the King of Coasters FUJIYAMA with a top speed of 130km and a maximum drop of 70m and the Dodonpa which hits 172km in a mere 1.8 seconds after launch and whips around the park, all of which are popular no matter how you put it. Also, there is the Super Scary Labyrinth of Fear, a horror hospital that has the reputation of being the world’s most frightening haunted house, the rides of The Cool Zaboon and Nagashimasuka where you can enjoy the spray of water. There are also plenty of attractions for children such as Thomas Land with Thomas The Tank Engine, and attractions and rides for the whole family. And there is the popular Evangelion: World with the theme of anime that has spread throughout the world.