Going to a Karaoke in Japan

Karaoke is one of the favorite pastimes in Japan. Enjoyed by people of all ages, it is also an interesting activity for travelers, particularly those in search of some night entertainment. Besides the Karaoke buildings in which you can have a room for you and your friends, you can also go to any bar that has a sign written karaoke (カラオケ) if you don’t mind singing in front of strangers.  Read below some of the information you might need to know before entering a Karaoke place. 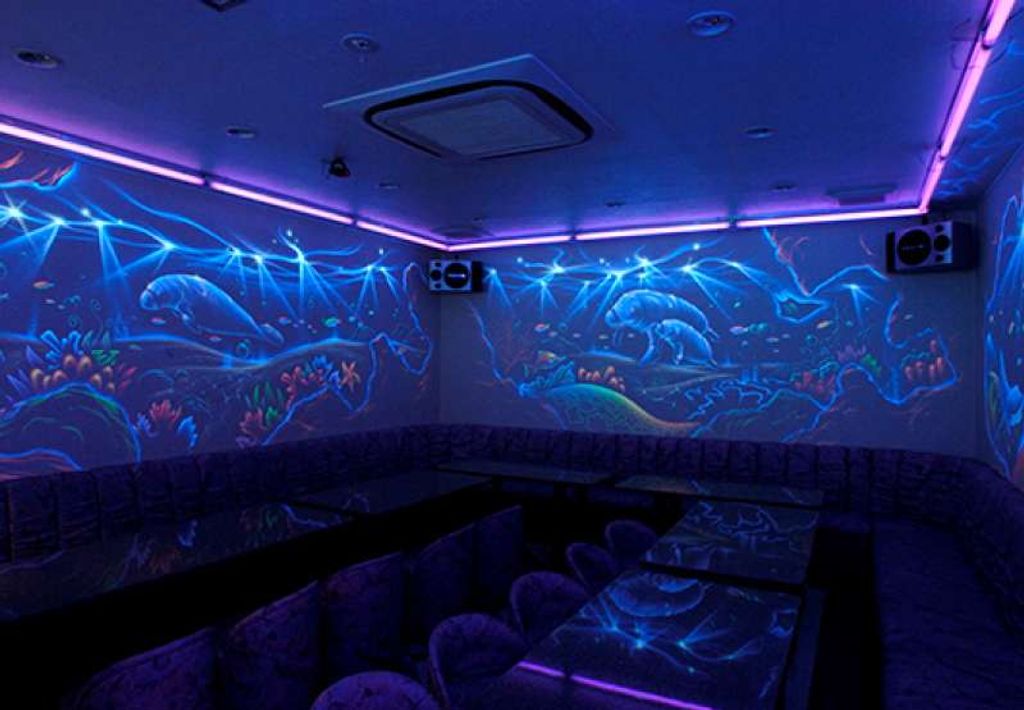 Across Japan, karaoke buildings can be easily found, principally in big cities such as Tokyo. Usually situated nearby train stations, the best way to enjoy karaoke as a foreigner is to go to one of the more prominent karaoke chains, such as Big Echo and Karaoke-kan, as those chains offer a regularly updated selection of songs and you have a higher chance of finding the non-japanese songs you might be looking for.

Karaoke establishments are usually open from around 11:00am to 3:00am, except for Fridays and Saturdays on when they normally have longer operation hours. Some karaoke have discounts on Nomihoudai (all you can drink) after midnight, as some people will party until the first train arrives in the early morning. Be sure to take into account of how you want to go back to your hotel if you are not going to a karaoke location within walking distance.

While practices vary at different karaoke establishments, the common process when entering a karaoke chain outlet and approaching the reception counter involves filling out a simple form. On this form you’ll usually have to fill in the following information: your name, the number of people in your group, and how long you expect to stay. You can also order food or drinks, of which the price might be included in the room fee or not (after you get inside the room, drinks and food have to be ordered through a phone). Finally, a room will be given according to the amount of people in your group. On the way to the elevator, you might find percussion instruments such as tambourines and maracas free to use, and some establishments might even have costumes for people that like to cosplay while singing.

In some Karaoke establishments such as Karaoke-kan, they let you control the room lights. When the music plays, lightining effects will follow the rhythm of the song, creating a feeling of singing on a stage. If you want a more intimate feeling, you can turn off the lights. Remember, you can always adjust the volume of the song and of the microphone according to your liking using the karaoke touchpad or directly at the karaoke player.

5. Picking songs with the karaoke player

Karaoke players let you select songs by searching through a touch screen panel.  When first look at the panel, you can choose the language with which you want to search for the songs, which can be found using the band or the song name. After making a selection, the song starts to play or is added to the queue of songs requested. Using the Karaoke touchpad, besides adjusting the volume of the music and of the microphones, you can also change the song pitch, skip songs that you don't want to sing anymore.

Branches often have variable prices dependent on the area. Promotions for one branch may not be useable for another. Normally charged on a per-person, half-hourly basis,  Karaoke charges range from 100 yen during off-peak periods to 400 yen or more during peak periods. Off-peak would be usually weekdays before 19:00, while weekday evenings, weekends and holidays are considered peak periods. Sometimes, Karaoke establishments might also require a minimum order of one drink per person.

On the table inside the room you’ll find a menu with a selection of food and drinks going from pizza to takoyaki. You should order it through a phone, knowing Katakana and Hiragana would be useful to help you out while reading the names, and if you know how to use Japanese counters, it should be easy to order. When you decide on what you want, just pick up the phone and tell the person in the other side of the line what you want. 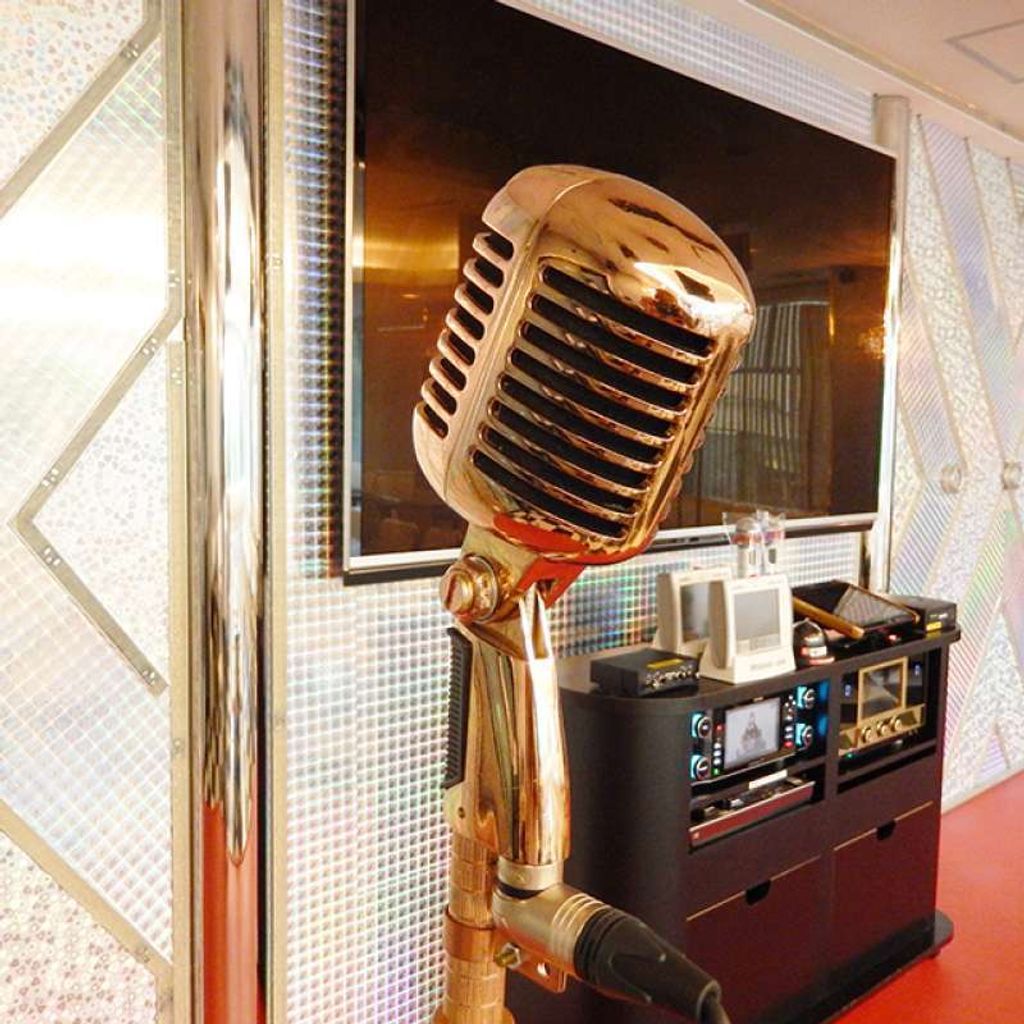 This large chain has branches all over Japan. It became famous after the theater release of the movie "Lost in Translation" starring Bill Murray (rooms 601 and 602 of the Shibuya branch are the ones displayed in the movie).  If you have watched the movie and seek to have the same feeling, that is the perfect place for you. Inside their rooms you might find disco lights and luminous paint. It also has percussion instruments avaiable to use.

Big Echo is another popular chain and it is easy to find in Tokyo. It has rooms designed for everyone, from singing couples to big groups. Thousands of songs are available, and even though big echo has a good list of anime songs, don't expect much in the way of contemporary western music as its english menu is not as good as Karaoke-Kan. Prices at Big Echo might be cheaper than Karaoke Kan, as both of this chains are highly popular, in places like Tokyo, don't forget to compare prices before picking a Karaoke room.

Japan has a vast option of Karaoke chains. Shidax is know for having a higher quality food and drink selection, but its price goes together with its quality. Cote D'azur is another Karaoke which hfood menu is on par with restaurant quality. If you are looking for low-priced Karaoke and get some free drinks while you`re at it, two good options are: karaoke no Tetsujin and Utahiroba. They usually have some good Nomihoudai (all you can drink) services.

Partying with friends in a Karaoke room might be considered a national pastime in japan. As many estabilishments don't stay open until late, going to a Karaoke is one of the best options to enjoy Japan's nightlife. Have you ever wanted to enjoy singing in a Karaoke in Japan?