A Memorable Day in Koenji, Tokyo (with Video)

All countries have their own iconic sounds, wether it be the buzzing of scooter traffic in Vietnam's cities, or the lone call of a loon in the Canadian wilderness.  Japan, however, is a country that seems especially abundant with unique sounds.  Just have a look at this video and you can see what we mean.

So what's with the obsession with sounds?  Why does the convenience store make a tune as you enter?  Why do train stations play music as the door opens?  And why, oh why, do Japanese business men slurp so much at ramen noodle shops?  Well, a lot of it might have to do with the Japanese language itself.  In Japan, it seems there are endless amounts of ways to describe sounds using onomatopoeias.  In Japanese, this is called "giongo" (擬音語）, and if you've ever studied Japanese you might find it a real pain trying to memorize the literally hundreds of different ways to describe certain sounds.  Despite the difficultly, however, you will find that giongo is extremely important in using the Japanese language.  You will find it on nearly every page in Japanese comics (manga), and also it is an extremely useful tool in describing things expressively in daily conversation.  In fact, a lot of Japanese won't even need to hear the word you are describing if you use giongo properly, as it is just such a common practice.  The Japanese have also gone one step further and use onomatopoeias to describe things that don't even have sounds, such as feelings or emotions.  This type of language is called "gitaigo" (擬態語), and largely comes from "imagining" how a feeling might sound in real life. 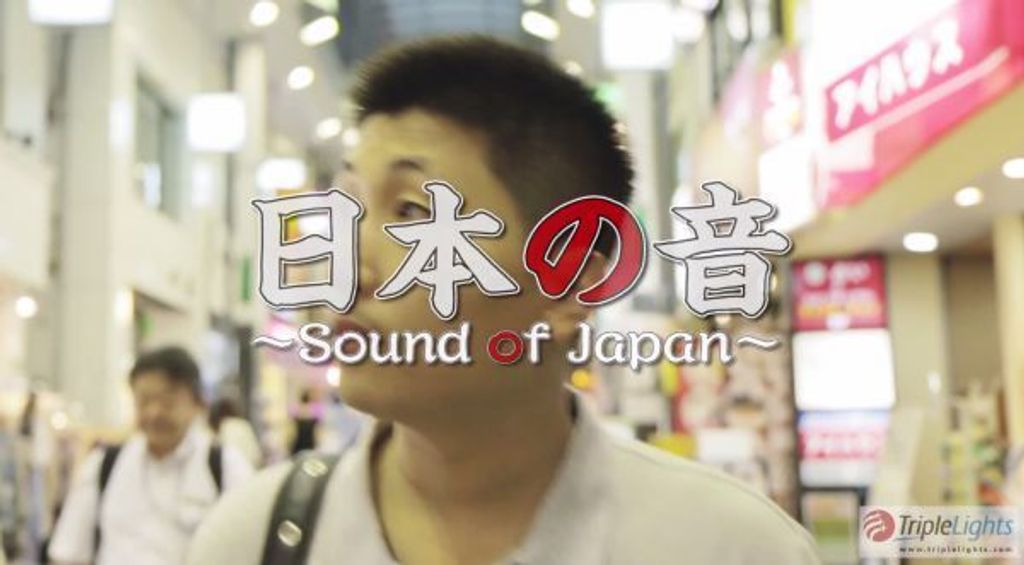 Here is a quick explanation of the giongo used in the video:

This is just the tip of the iceberg when it comes to sounds in Japan.  If you have a chance to visit Japan, surely you'll discover even more unique sounds than what we've presented here.  Please let us know your thoughts and tell us what you think are the most "Japanesey" sounds you have heard.

A little bit about Koenji (where we filmed the video):

Koenji is a popular place to live in Tokyo, so today we showed you the true "Koenji" experience. Why do people enjoy living here? Well, the location is convenient, being only 2 stations away from the well-connected Shinjuku station.  Also, you have lively shopping along the district's main shopping arcade.  Here, you can feel free to play, shop, eat, or whatever else your heart desires.  Lastly, the area is dotted with small parks and old temples, which allow for a nice relaxing atmosphere without sacrificing the conveniences and entertainment of the city.

So next time you are in Tokyo and want to experience some laid-back Japanese living, take a stroll through Koenji and enjoy everyday Japanese life.