Drinking in Japan is an important social event. It is the moment in which most Japanese enable themselves to be out of the highly strict social expectations and strengthen both social and business ties. It is not a hard task to find an Izakaya or a Nomihoudai (all you can drink) spot in Tokyo. Let’s see some of the variety of acoholic beverages commonly found in the Japanese territory. 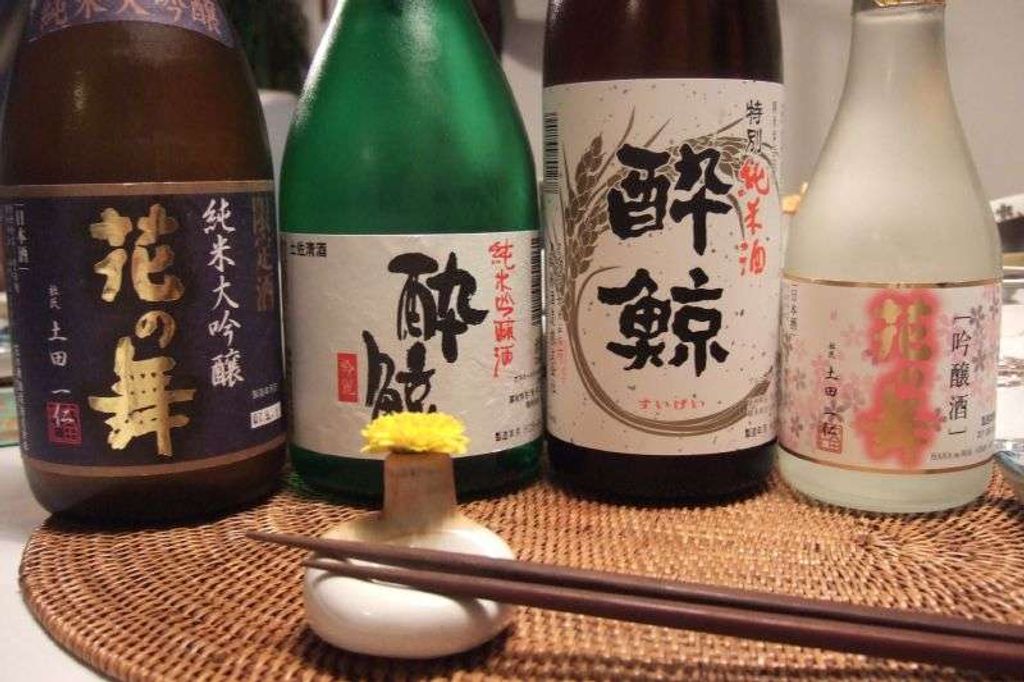 Commonly called Sake outside of Japan, Nihonshu could have its own blog post considering the large variety it might come and all the different flavor it has depending on type, brand, and so forth. Nihonshu  is brewed using rice, water and white koji mold as the main ingredients, and it can be found everywhere from supermarkets to convenience stores. At the Konbini you can even find it in a cup “dose”, something not as much common outside of the country. Also, Nihonshu from different parts of Japan have different characteristics, understanding and tasting Nihsonshu from around Japan is a tour on itself. 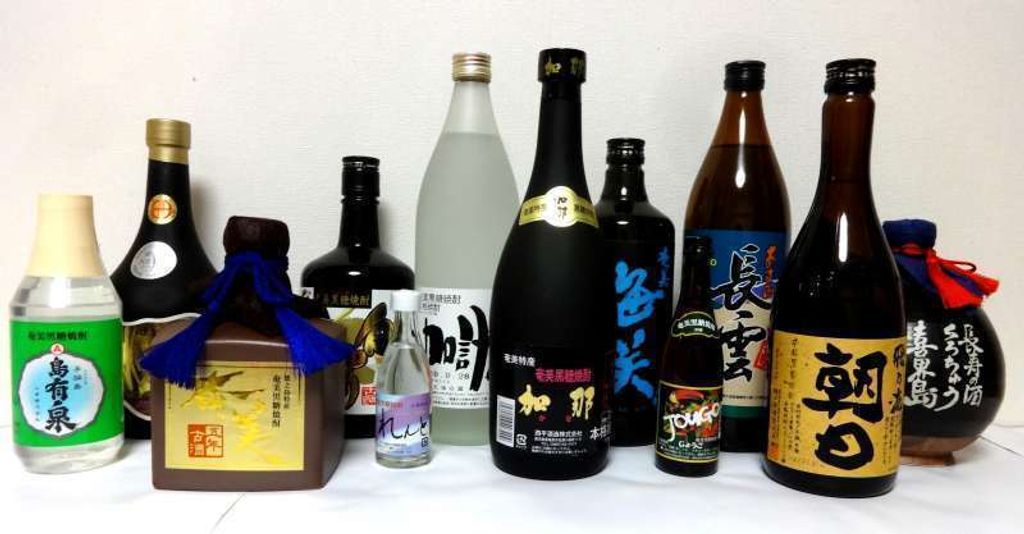 Shochu is another famous traditional Japanese alcoholic beverage. It is a distilled spirit which alcohol content usually varies from 20 to 40 percent. It is commonly made from rice, sweet potatoes, wheat and/or sugar cane. Okinawa has its own version of Shochu called Awamori and its difference comes from the fact that it is made from long-grained thai-style rice instead of short-grained Japanese-style rice and uses a black koji mold raised in Okinawa. 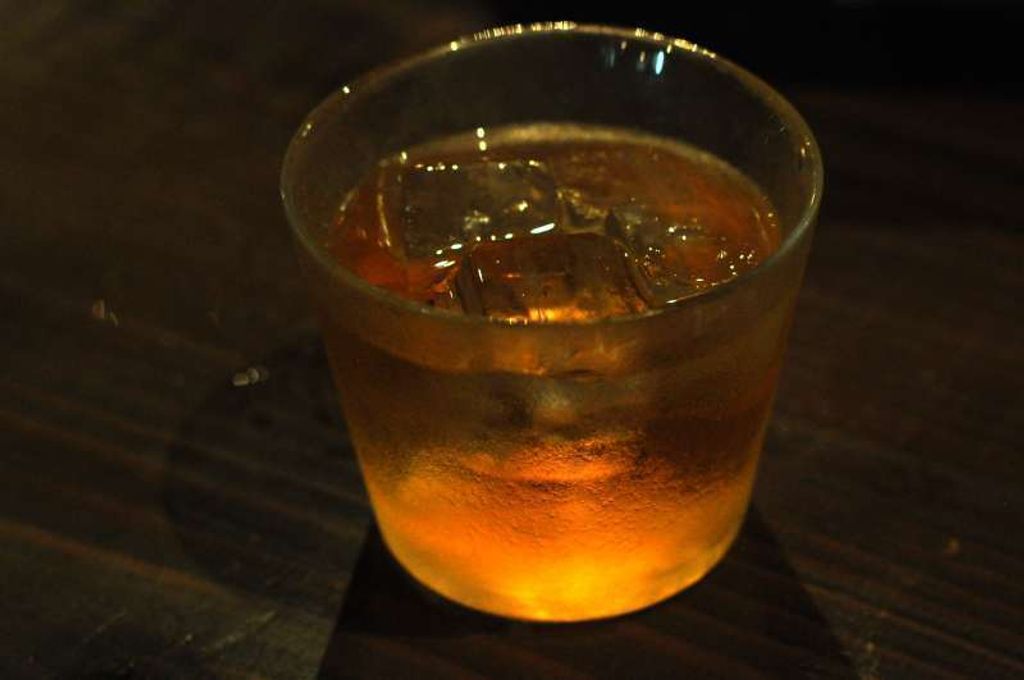 Not as famous outside of Japan as the regular Nihonshu and Shochu, Umeshu is a drink commonly found in japan in every place that sells alcoholic drinks. It is made of Japanese plums (ume), sugar, and Shochu or Nihonshu. The strong fruit flavor makes it very different from the alcoholic source used in its preparation. Umeshu is a good option from anyone that is up to a drink with a juicy flavor with a strong aroma. 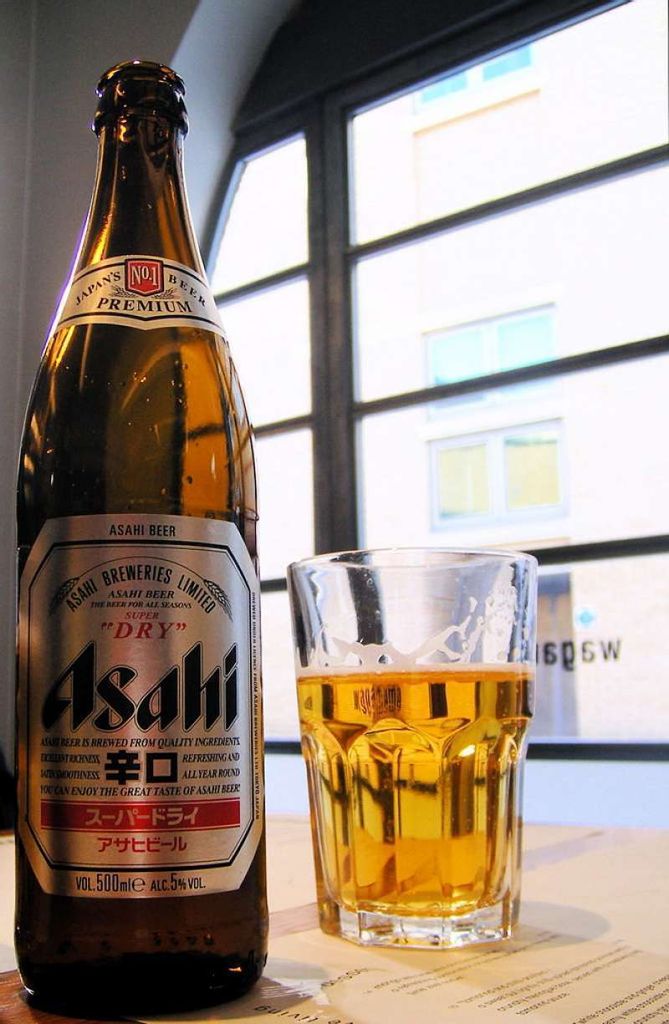 Even though it is not a type of drink originated in Japan, beer is probably the most usual option in an Izakaya. Some Nomihoudai (all you can drink) might even have different prices depending if the group wants or not to have beer included as an option. The leading breweries of Japan are Asahi, Kirin, Suntory and Sapporo. Beer started to be part of the Japanese life after the beginning of the Meiji era when the country opened to the outside influence. The beer production was used as a means to develop the region of Hokkaido, northern Japan.

An invention that came from the Japanese beer breweries, Happoshu, “bubbling alcoholic drink” (also known as low-malt beer), has a similar flavor and alcohol content as beer. As it has less than 67% of malt content, it is popular among consumers as it has a lower tax because it is out of what is classified in Japan as “beer”. In other words, due to the lower malt content, Happoshu is sold in a lower price than regular beer.

A third option developed in Japan for someone that is looking for a beer-like taste is Shin Janru. Due to the way the taxation over malt based alcoholic beverages works, japanese companies started to develop another method to create a drink with the taste of beer, without using its main production ingredient. Shin Janru, the “new genre” of beer, is basically a ber-like beverage that stays out of the “beer classification” taxes. It is made of pea, soy or wheat spirits. 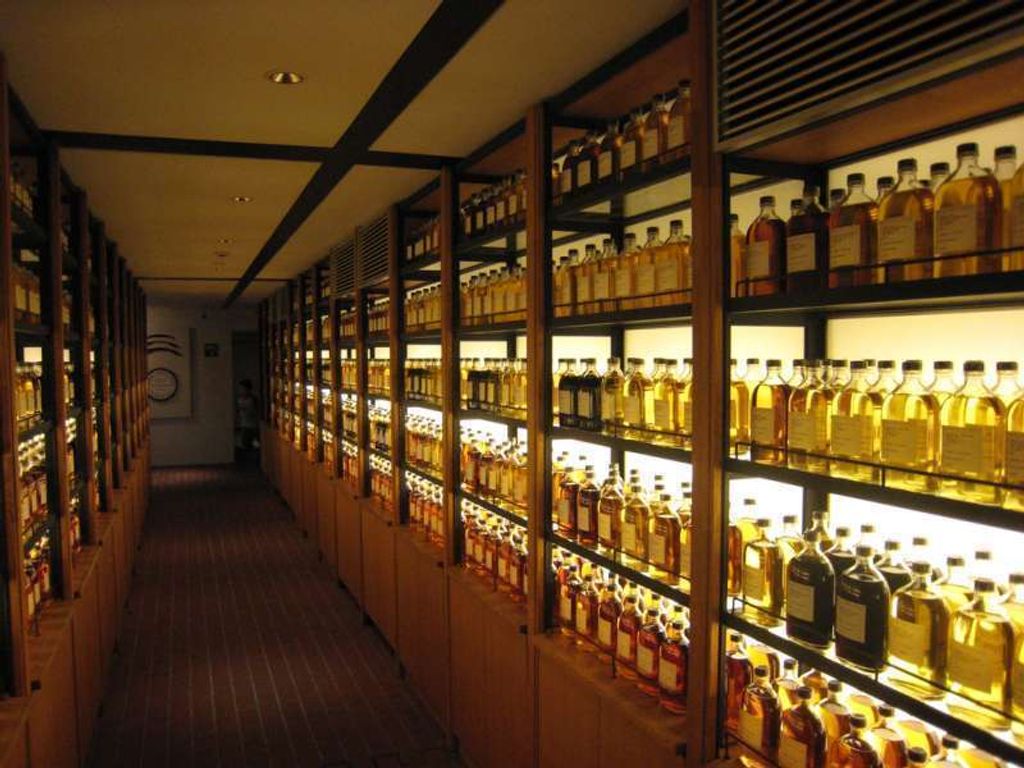 A famous western liquor in Japan is Whisky. Outside of Japan, a famous whisky brewery is Suntory. Built in 1937, this brand is showcased in the famous movie starred by Bill Murray: Lost in translation. Another famous brand in Japan is called Yamazaki. You can find Whisky everywhere just as if it was a Japanese drink. It is one of the regular options at Bars, Izakaya and Nomihoudai places. It is often served on the rocks or mixed with water and ice. 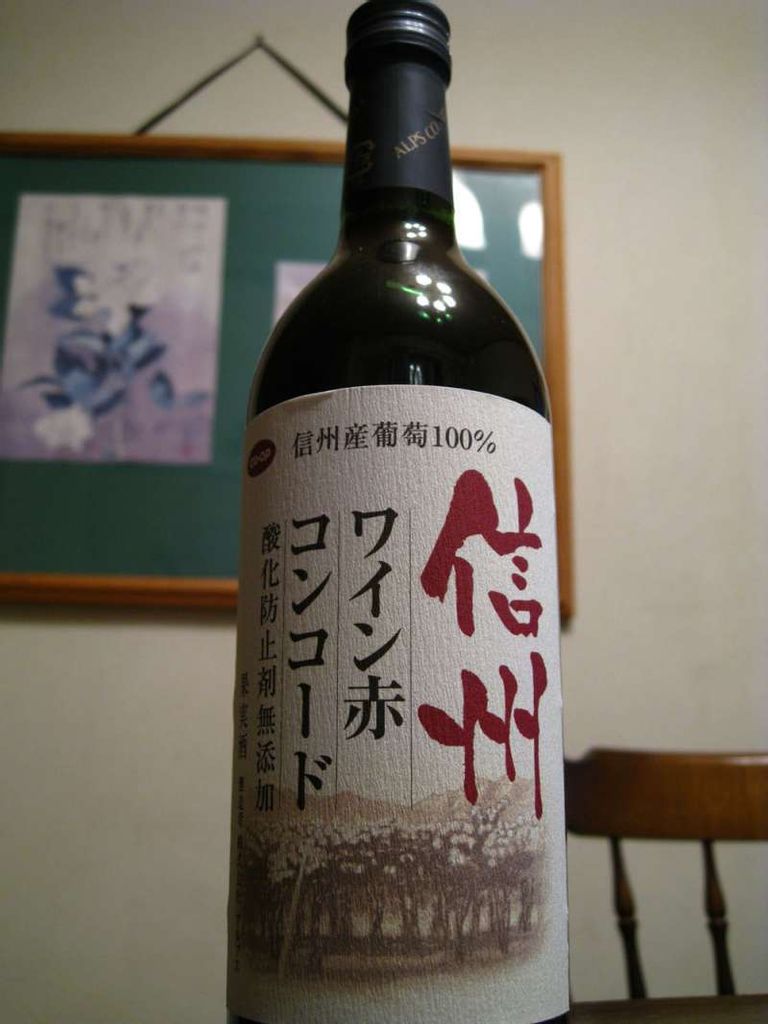 The most famous Wine production region in Japan is located at the Yamanashi prefecture. This region features a fertile central valley and is surrounded by many of the highest mountains of Japan, including the Mt. Fuji, a national symbol. Recently Wine is gaining popularity in Japan, especially amongst women, and the most common of the foreign wine available in Japan comes from France, Italy, Spain, United States and Australia.

Popularized in the 1950’s, Highball (drink made by Whisky mixed with Soda) had its popularity increased especially as an alternative to beer. As the beer taxes represents a motive for a higher price in an alcoholic beverage in Japan, Highball has enjoyed this resurgence in recent times for the same reason as Shin Janru and Happpshu were created. Usually a Highball has an alcoholic content of five to seven percent, it is widely and easily found in Japan. 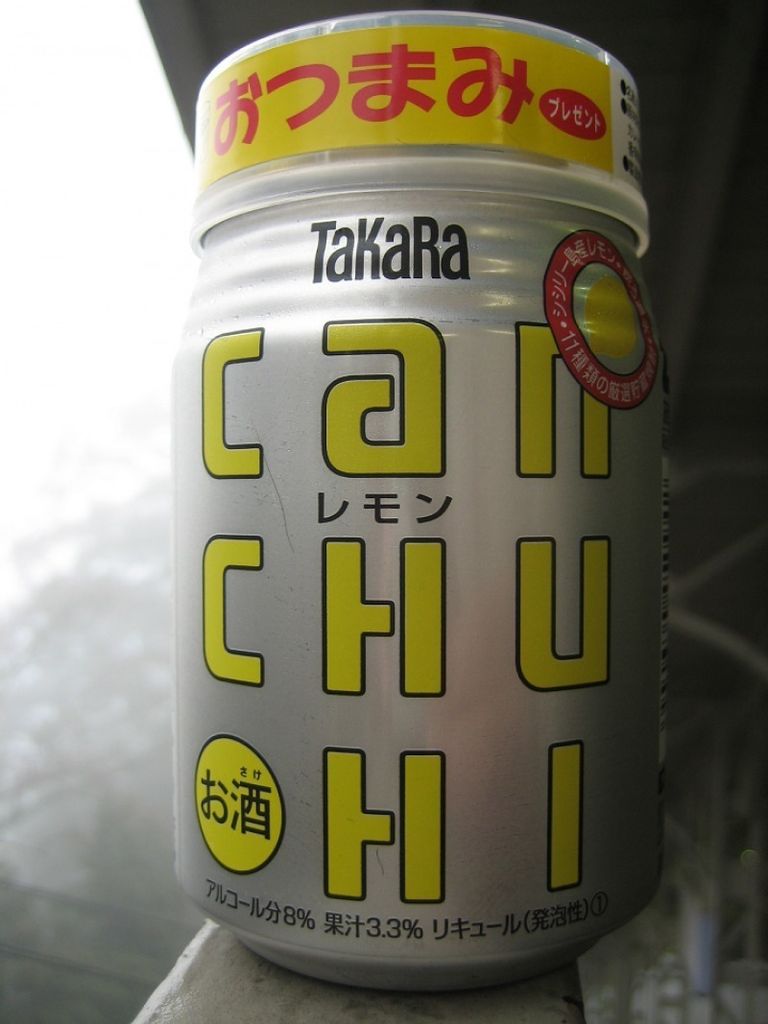 Chuhai are fruit flavored drinks made from Shochu and Soda. It can be found available premixed in cans anywhere alcohol is sold. Common flavors include: lemon, ume, peach, grapefruit, lime, and mikan. It is also common to find flavors only available on specific seasons, for example, pear, pineapple, and nashi. Its alcoholic content varies between three and eight percent.

When drinking alcohol in Japan in a group, it is customary to serve one another, rather than serving yourself. If someone wants to serve you, you should drink to make room in your glass if there’s still liquid inside, and take at least one drink before putting the glass down. During a Nomihoudai (all you can drink) it is customary that the waitress will only refill the cups after everyone that ordered a certain type of drink (usually beer) has finished drinking their cups. Which makes the whole experience much more into a group social activity. You should, also, not start drinking until everybody at the table is served and the glasses are raised for a toast, the word japanese for a toast is “Kanpai”.

Japan has a wide variety of types of alcoholic beverage. From Nihonshu to Chuhai, the traditional Japanese drinks have a unique flavor, that brings in its taste and aroma the culture and traditions of Japan. Experiencing the western liquors produced in Japan is another interesting option for travelers. Which one is your favorite Japanese drink?