In Fukuoka you can learn a lot about the history of Kyushu as you travel around the Prefecture. The City Museum offers introductions into the history and lifestyle of Fukuoka. The Kyushu Railway Museum displays the history of trains through the ages, and finally, at the Tonkotsu Ramen Museum, you can learn all about Ichiran Ramen. Read on to find out more: 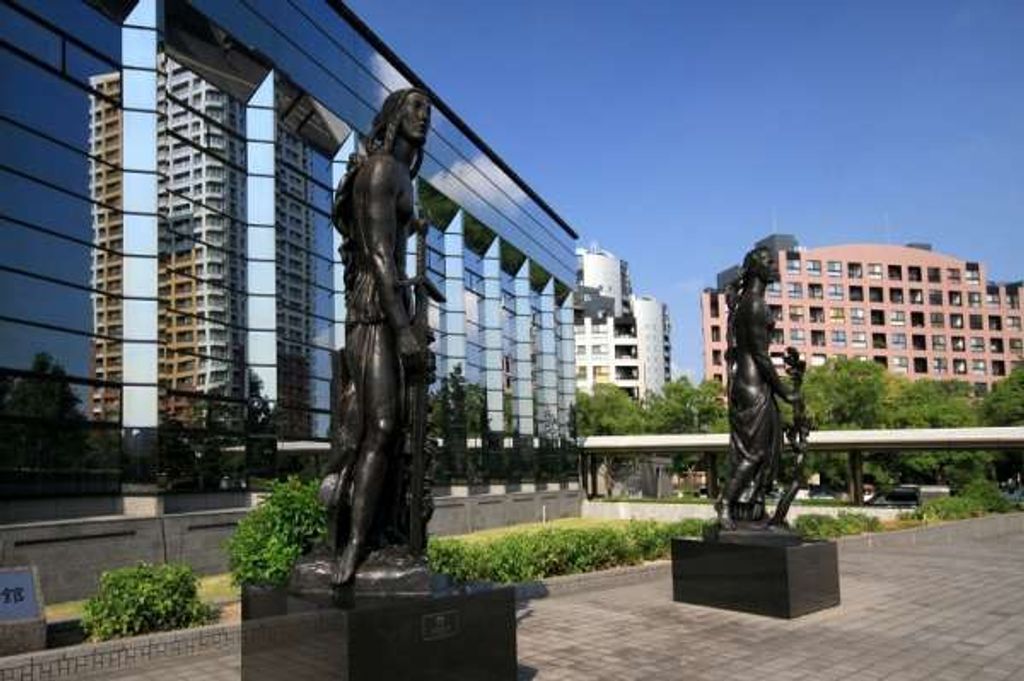 Located at Seaside Momochi which is a symbol of Fukuoka along with Fukuoka Tower and Fukuoka Dome, the museum easily introduces the history and lifestyle of Fukuoka that developed as a base for exchange with Asia according to different time periods. It is divided into three types of exhibition rooms: the Permanent Exhibition Room, the Feature Exhibition Room and the Special Exhibition Room. There is also a Touch & Experience Room with playable musical instruments and toys from all Asian nations, along with a café/restaurant and a museum shop. If you bring your smartphone or rent one of the museum’s tablets, you can access commentary on the exhibited items and an artifact database.

The crown jewel of the Permanent Exhibition Room is the Gold Seal, a National Treasure that has even been mentioned in textbooks. Inscribed with the five characters representing Emperor Guangwu of the Han Dynasty, it is a seal carved out of gold that weighs 108 grams and measures 2.3 centimeters. The seal was given by the Han Emperor of China in the year 57 AD to what would become present-day Japan, and later unearthed in Fukuoka. Replicas of the Gold Seal that can be bought at the museum shop are popular. Also in the Permanent Exhibition Room, there is the precious collection of items connected with the Kuroda clan which made Kanbei Kuroda the feudal lord of Fukuoka. On permanent display, there are swords such as the Nihon-go, the famed sword of the Kuroda clan which measures 321.5 cm in total length with a 79.2 cm blade, the Heshikiri Hasebe, the beloved sword of Nobunaga Oda and a National Treasure, and the long sword, Nikko Ichimonji, which is also a National Treasure. At the Feature Exhibition Room, there are themed bimonthly collections, and at the Special Exhibition Room, there are attractive exhibitions introducing the cultures of the world for a limited time. 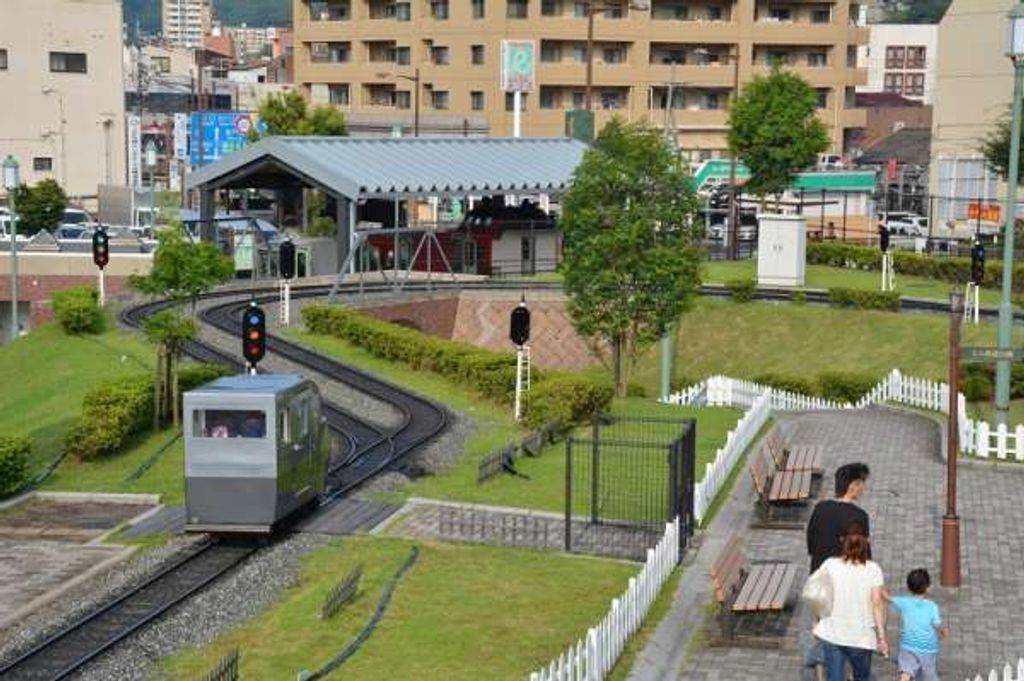 A temporary headquarters had been set up initially in Hakata for the first railway company in Kyushu, but in 1891, the Kyushu Railway Headquarters was ultimately constructed at Moji Station (now Mojiko Station). Through mergers and acquisitions, the Kyushu Railway gained a monopoly with its railroad network in the northeastern part of Kyushu and thus became one of the major industries for Japan. The old red-brick headquarters for the railway has become the Kyushu Railway History Museum which provides easy-to-understand displays on the railway’s history and characteristics starting from its old SLs.

Passenger trains of the Meiji Era with the unique feature of tatami seating (circa 1909) are displayed in the building. The passengers and conductors of those days have been recreated through figures, and the traveling mood is enhanced through sound effects. In the engine simulator, visitors can try driving a Type 811 engine with a screen video showing the landscape of the route between Mojiko and Nishi-Kokura for a simulated operation. At the Kyushu Railway Large Panorama featuring a large-scale railway model, representative trains for JR Kyushu leaving Mojiko and Hakata Stations are introduced on video. Following this performance, there is also time to operate the model from the console using a real master controller, with video displayed through a mounted CCD camera within the panorama so that visitors can enter the world of the model train. In addition, you can also enjoy observing steam engines and popular train models, actual documents, station staff uniforms over the decades, every kind of ticket with its own design, and everything else having to do with railroads from tools to the labels for ekiben (station boxed lunches). Outside, there is the Train Exhibit Area which has a length of 180m where you can see actual trains that had been used in Kyushu over the ages. The most popular exhibit among the children is the Mini-Railroad Park consisting of a track that goes around in 130m and which features replicas of 5 kinds of real trains. The park is fully equipped with real features such as double tracks and signals. 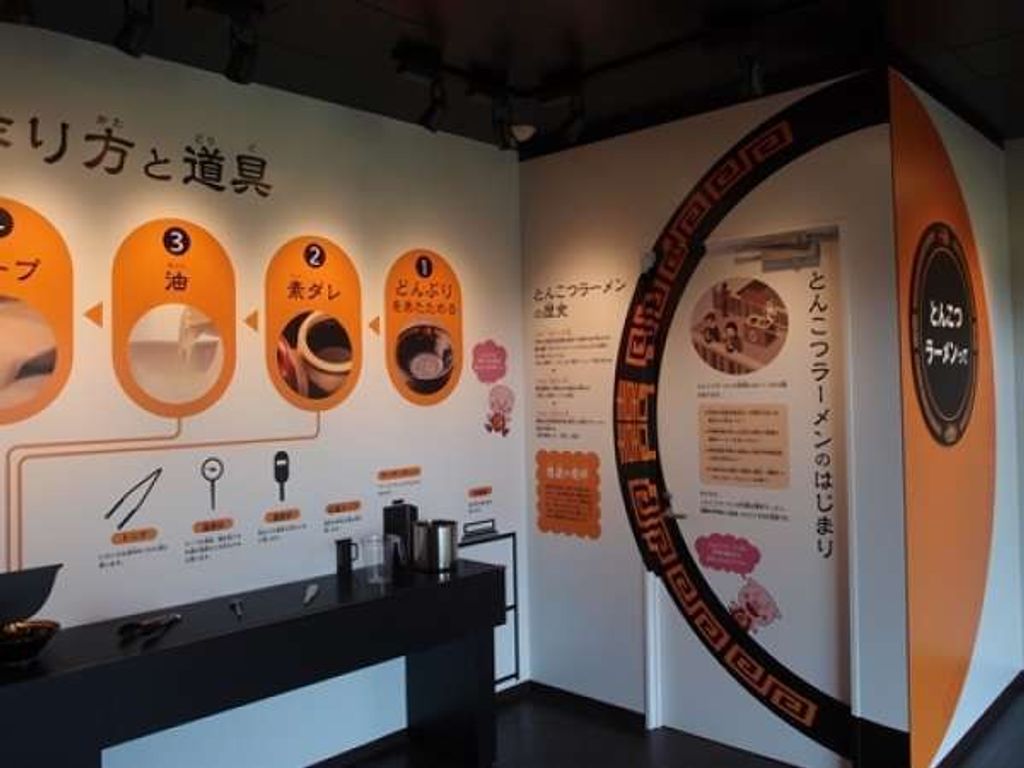 Ichiran, which is a Fukuoka-based ramen chain that has gone nationwide with the popular tonkotsu ramen, has a factory that produces 90,000 bowls’ worth of noodles, 70,000 bowls’ worth of soup and about 100,000 portions of char siu pork daily, along with the Tonkotsu Ramen Museum, the Teahouse Garden of Sound and Light, a restaurant and a souvenir shop. Ichiran no Mori can be reached by car from downtown Fukuoka in about 40 minutes or by taxi in about 20 minutes from the closest subway station, Susenji Station. Since it is open until late at night, it is a place for all ramen fans to visit at least once.

At the Tonkotsu Ramen Museum, you can find out about the history of Ichiran, the preferences in taste, the origins of tonkotsu ramen, a ramen map of the entire country and other interesting things in ways such as photos and illustrations that even a child can understand. In addition, at the Ramen Manufacturing Factory, part of the manufacturing process can be observed. At the restaurant, you can start off with Ichiran’s main product of original tonkotsu ramen, but there is also the special menu that can only be found at the factory where you can try new types of ramen that change on a weekly basis such as the lightly-flavored Ichiba tonkotsu and the rich Jimi tonkotsu. The souvenir shop sells packages of ramen and soup which can only be purchased at Ichiran no Mori. And at the Teahouse Garden of Sound and Light, there is a huge clover field that is as large as Tokyo Dome where a sound and light show happens after sunset. Drinks and sweets are also sold at the garden where you can spend a relaxing time.