Planning a trip north of Tokyo, then be sure to stop off at Fukushima Prefecture. A mountainous region that stretches along the Pacific coast, Fukushima has many beautiful sights and attractions. Only an hour away from Tokyo by shinkansen, it makes a great destination for a day trip, and for those wishing to take advantage of their JR Pass. Here are four sightseeing spots in the area:

Learn everything you need to know about the JR pass here. 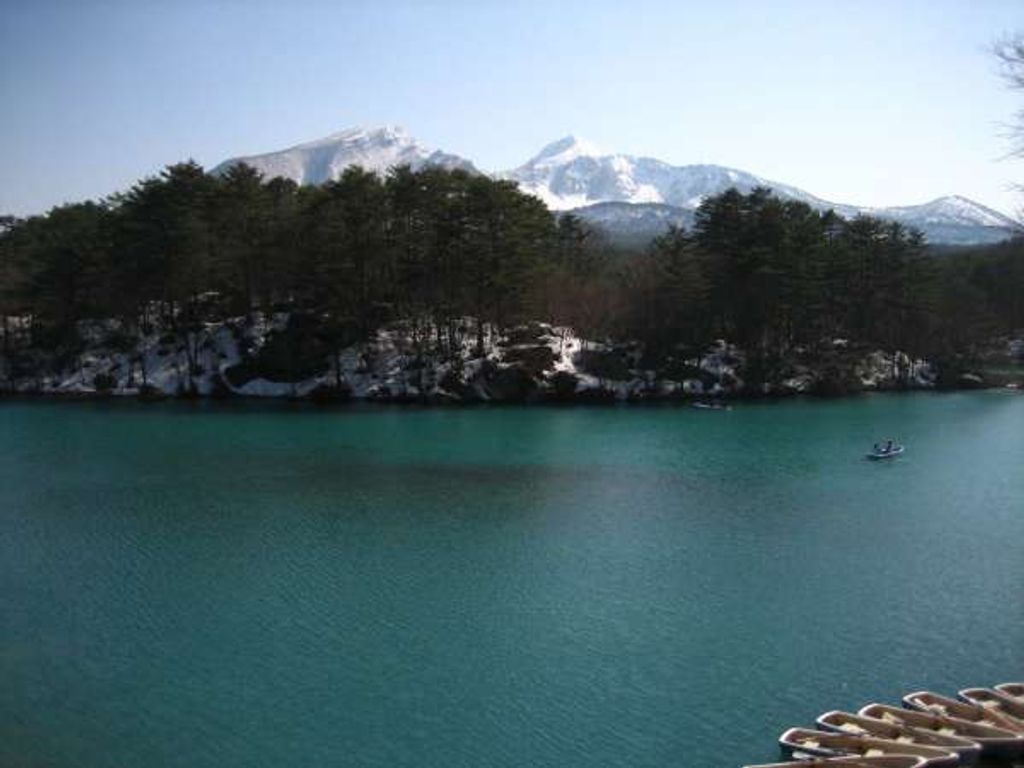 Mt. Bandai stretches over the Fukushima municipalities of Kita-Shiobara Village, Bandai Village and Inawashiro Town. A steam explosion on the mountain in 1888 created several hundred lakes and marshes. Several dozen groups of these lakes were brought together to be called Goshiki-numa (Five Colored Lakes) located within Bandai Asahi National Park. The prime feature of Goshiki-numa is that each of the lakes’ primary colors such as cobalt blue and emerald green will change depending on the angle of the light and the viewing direction. These mysterious changes in color along with the surrounding Mother Nature inevitably soothe the hearts of visitors.

Walking along Goshiki-numa Walking Trail, you can observe 10 ponds along the way. You can also see the giant red pines that were planted following the eruption of Mt. Bandai. If you decide to make your way around the famous ponds at Goshiki-numa, then going by this scenic trail is recommended. The largest of the ponds, Bishamon-numa Pond is an attractive cobalt-blue where you can also face the grand Mt. Bandai and even get on a boat. There is Aka-numa Pond with its beautiful green and the surrounding thick reddish-brown moss, Midoro-numa Pond where the clarity of the blue differs on the east and west ends of the pond, Benten-numa Pond which has Mt. Agatsuma in the background, Ruri-numa Pond which changes color depending on where you view it, Ao-numa Pond which shines in pale blue, and Yagi-numa Pond which is astounding during autumn. On the trail which goes as far as 3.7 kilometers, you can also observe wild birds and Mt. Bandai, and in summer and autumn, the fresh greenery and fall foliage are beautiful. The minerals that were thrown forth after the eruption of Mt. Bandai dissolved into the water, and the amount and quality of the mineral matter were responsible for the colors that change depending on the amount of the light and the angle of view. This is a course where you can experience the brilliance of the mysterious ponds and the beauty of grand nature which differs depending on the season. 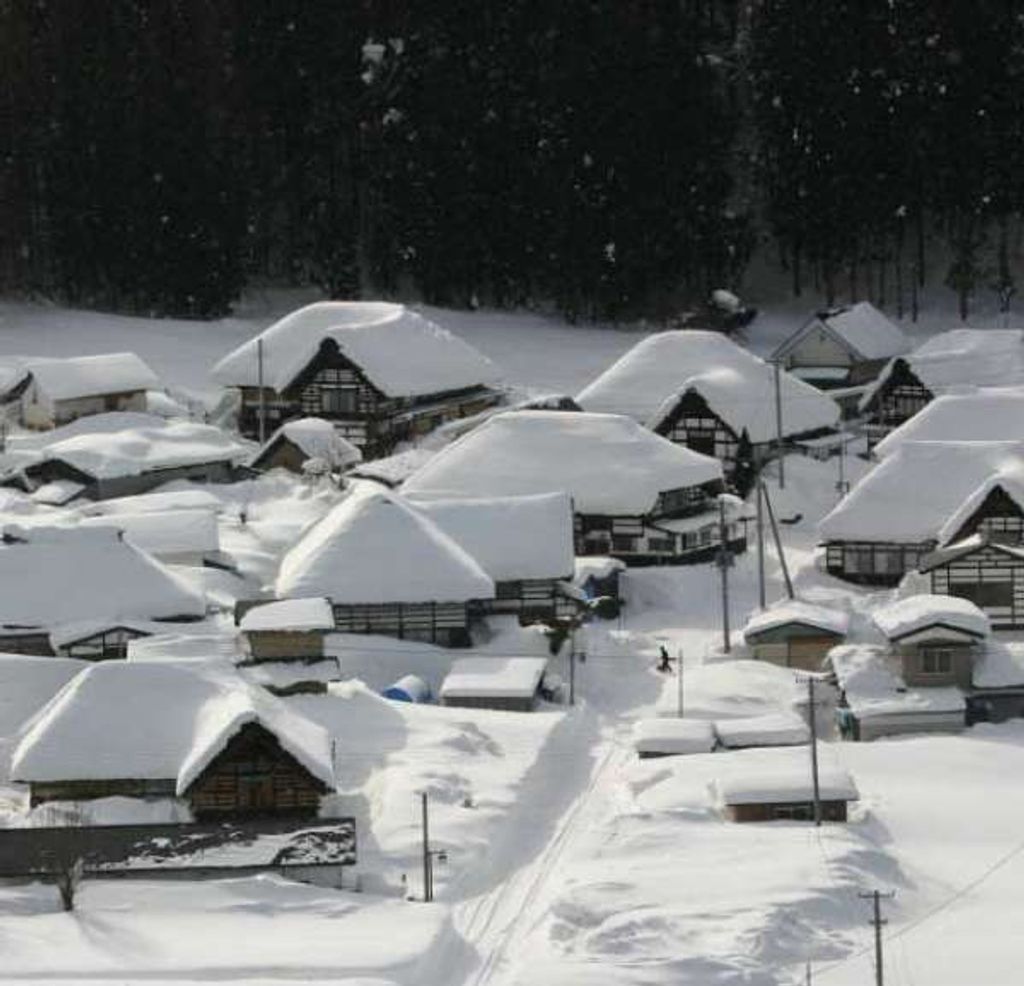 Around 1592, Maezawa Magariya Village was said to have been established by Aizu samurai. The village is a community of thatched-roof residences located in the Minami-Aizu area. Overcoming destruction by such things as fire, the community has settled down into a unified landscape. To protect this view even now, various ways of preservation have been passed down over the years. Surrounded by Mother Nature, this is a place where you feel a spirit that seems to represent the Japanese hometown.  Even in this area which focused on dry land farming, there was a close connection between agriculture and livestock. Magariya (bent houses), by the way, refers to the L-shape that the houses have. The people from that time lived together with the cows and horses that were also used for transportation under one roof, and the part of the house that protruded out in front was used for the livestock. Currently, now that livestock no longer exists in the community, half of the village residences are maintained as magariya. As you take a leisurely stroll through the village of nostalgia and sorrow, you will feel the hometown of Japan.

At the Magariya museum which actually uses a magariya house, you can find out how the old farmers of those days lived. Utilizing a central-gate style, houses that used various devices to smoothly perform farming tasks and maintain a close relationship with the indispensable cows and horses have been recreated. Items such as the agricultural tools used at the time are also on display.

The four seasons of Maezawa provide completely different charms depending on the season. First off, there are the cherry trees that pack both sides of the river with their colorful blossoms. In summer, irises and peonies bloom and there are also bellflowers that can only be seen in the beautiful water. The autumn has its colorful foliage and in winter, the area is wrapped in snow. From the observation point in Maezawa, you can get that panoramic view of the entire village. 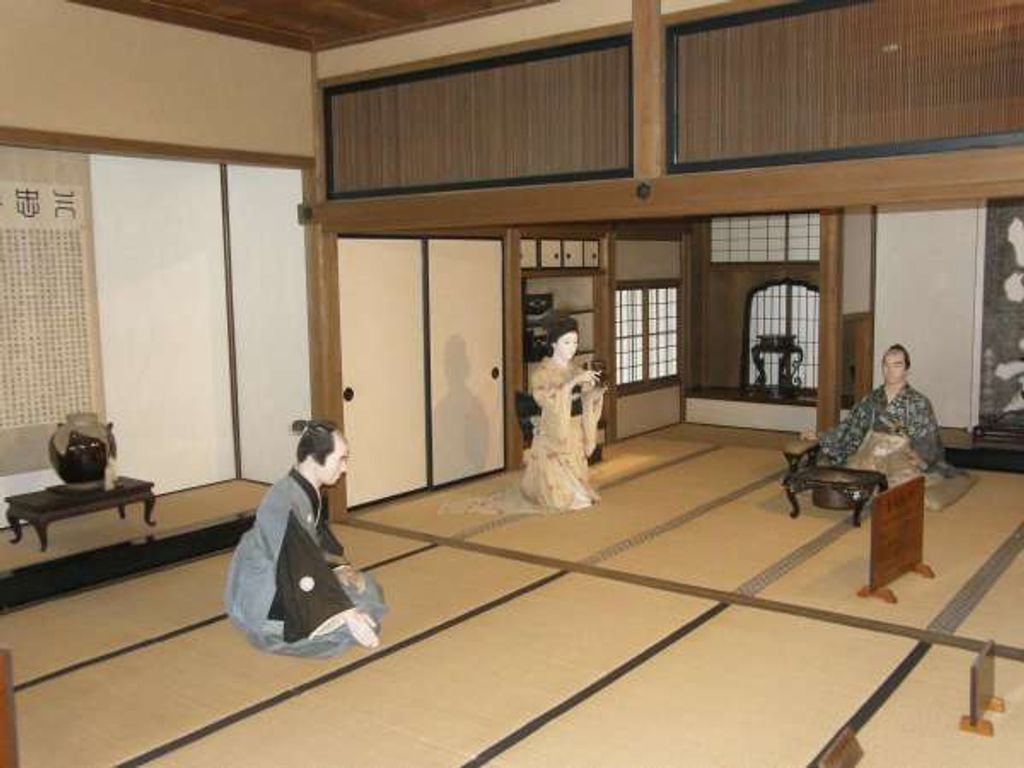 The Aizu Samurai Residences is a historical theme park which has gathered valuable buildings that have been designated as Prefectural Important Cultural Properties, centering on the house of the Saigo family which supported the Aizu clan at the end of the Edo Era. The residence of the senior retainer with the characteristics of the splendid gate construction using zelkova, cypress and cedar is the Japanese and Western-styled house of Tanomo Saigo. With 38 rooms, its area measures almost 8000 square meters. From this huge house, the authority of the Saigo family back in the day was the stuff of legend. The interior of the residence has retained its furniture so you can realize what the lifestyle was like back then. Also through wax models, you can learn about the history through items such as clothing. The Aizu Historical Museum which is inside a restored kura warehouse has preserved items such as household goods, and through the historical viewpoint given by the exhibits and the tea room, you can move around the house while getting that close-up look at history. Also, the atmosphere changes completely throughout the four seasons. You can enjoy a rich atmosphere with the cherry blossoms of spring, the fresh green of summer, the foliage of autumn and the snowscapes of winter.

At Aizu Samurai Residences, there is an interactive corner where you can encounter the culture of Aizu at any time. At the corner, you can enjoy ceramic paintings of Akabeko cows and daruma dolls as souvenirs as well as try your hand at Japanese archery. In addition, at the shop Goukoubou Kokon which deals in goods such as the traditional crafts of Aizu, Aizu lacquerware and other goods created by artisans with their heart and soul are available.

There are also a variety of events on tap throughout the year from which you can also get an even deeper insight into the history and culture of Aizu. There is the spring cherry blossom festival where over 100 cherry trees go into full bloom within the grounds, the Kuyoutei Beer Festival in summer, the autumn Chrysanthemum Festival with its 800 mums, the winter mochitsuki (rice cake-pounding) competition and other events throughout the seasons that are characteristic of Japan and Aizu. 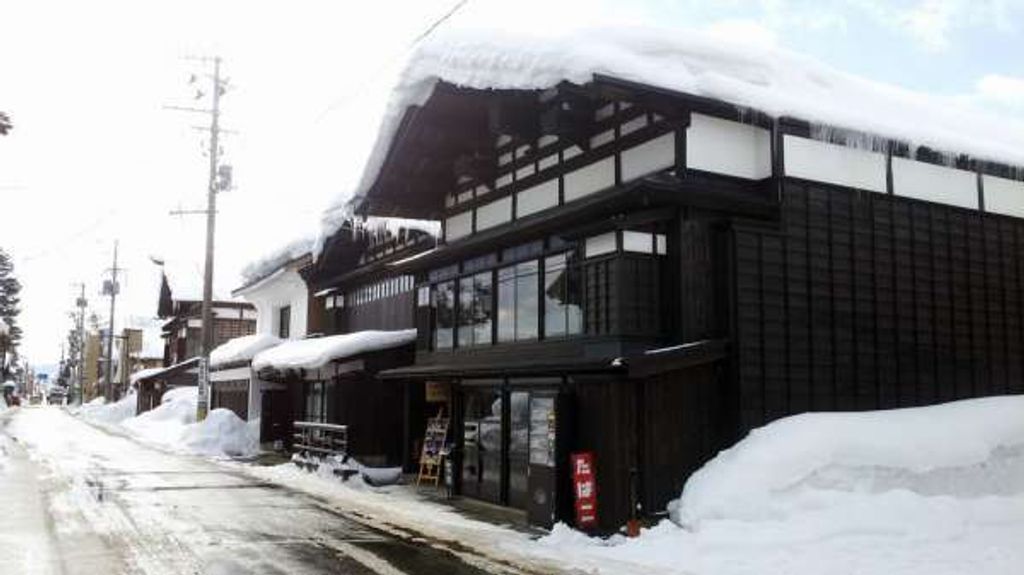 During the feudal age, Nanokamachi-dori passed through Nikko, Echigo and the main road of Aizu Gokaido of Yonezawa. For that reason, there were many ryokan, merchant houses and restaurants lined up all in a row with a vitality that was singular to Aizu. A market was set up every month on the 7th on the street which is why it has the name of Nanokamachi-dori (The 7th Day Town Avenue). The liveliness continued into the Meiji Era and right up into the middle of the Showa Era. Although there was a period of decline, this bustling street has become popular again for its retro flavor, and many tourists are seeing this vitality again. The Western buildings and structures that have been erected in the kura warehouse style remain on this precious street so a leisurely stroll is the best thing.

As a tourist destination, Nanokamachi-dori makes good use of its historic buildings. The Shirokiya Lacquerware Company that makes use of an old Western building with thick mortar walls was founded 300 years ago. It’s not just a store to buy accessories and Aizu lacquerware, but it is also a museum relating the history of such lacquerware and you can also observe the process behind its production. Then, there is Mitsutaya in a restored miso warehouse where you can sample the Aizu regional cuisine of Dengaku (tofu coated and baked in miso). The wooden 3-story building that houses Suehiro Sake Brewery Kaei-Gura has free samplings of 6 different kinds of sake, and there are many other shops such as those which provide workshops in painting candles, and ryokan where you can enjoy local cooking and that secret hideaway type of atmosphere. With its retro yet cute feel, just observing the area will make you feel as if you were in a Taisho-Era romance. On top of that, the Eki Café which is situated inside JR Nanukamachi Station on the Tadami Line is a shop selling local specialties from the 17 municipalities of the Aizu region. In the café, you can have coffee made with water which was used in brewing local sake, browse through the sales corner of Aizu specialties and check out the tourist information corner.