Looking to take a trip from Tokyo? We recommend the short journey to Saitama, a place packed full of nature, mountains, and some rather interesting museums. Learn all about the traditional art of bonsai in Omiya, or head to the mountains and enjoy a sea of flowers. Here are our top for picks: 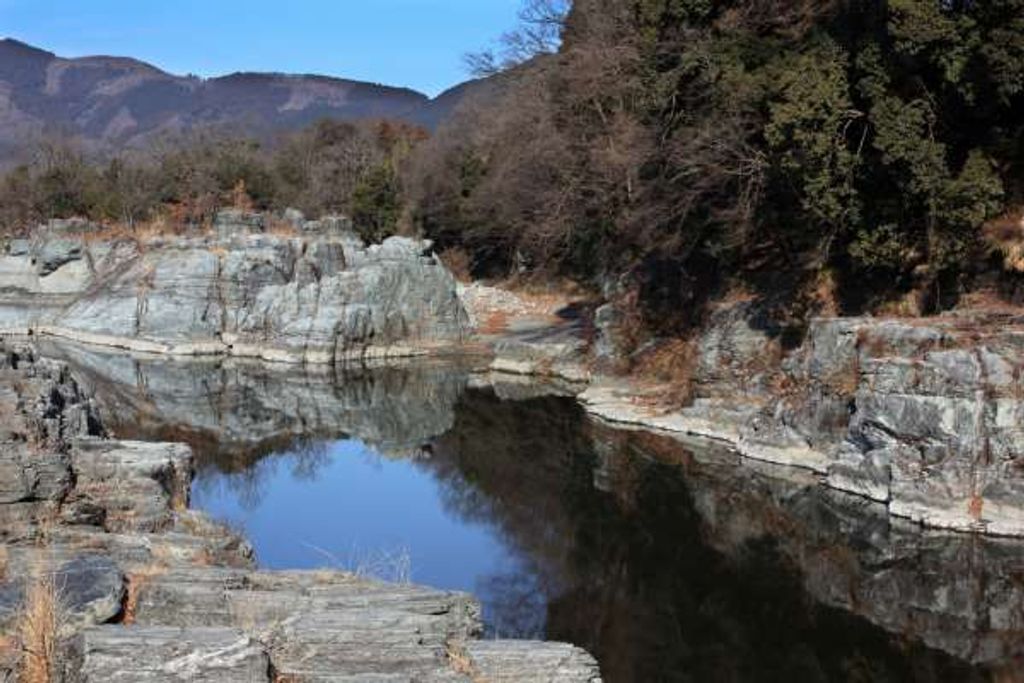 Nagatoro is famous as a longtime tourist destination within Saitama Prefecture. Along with it being a popular spot for every season, there are plenty of things to enjoy throughout the year such as the temples and shrines and a steam engine. Spring is the season of cherry blossoms, and in Nagatoro, which has been selected as one of “Japan’s Top 100 Places for Cherry Blossoms”, there are about 3000 cherry trees planted there with 3 good times to visit.

The first time is late March with the Ohte-no-Sakura cherry tree which is a 100-year-old weeping cherry tree whose width goes up to 16 meters making it a local natural monument. The second time is early April on Kita Sakura-dori where a tunnel of 600 cherry trees runs for 2.5 km from Nagatoro Station to Higuchi Station two stations away. And the third time is from mid-April to late April with the cherry trees on the side streets. 500 trees of 31 different species of double-flowered cherries can be enjoyed and during the season, there is also evening illumination. In the summer, river activities are synonymous with the season. Rafting down the rapids, cruising down the river and people of all ages enjoying river activities, you can fully enjoy Mother Nature while viewing the sedimentary rock for 1 kilometer that has been recognized as a National Natural Monument. Then there is autumn which is famous for its colors. The trees across from the sedimentary rock provide a natural beauty of color with their reds and golds. Also, seven flowers of autumn are each planted at 7 different temples so that The Seven-Flower Temples Tour in which all of the temples are seen has been considered a secret hit with the tourists.

Winter is the season for hatsumode at Hodosan (Treasure Trove Climb) Shrine. The name is said to have originated from the phrase “Climb the treasure trove”, and many visitors come since the history of the hatsumode there has been good. As well, going up to the peak of Mt. Hodo by ropeway, you will be greeted by colorful flowers, and from the peak, you can get a panoramic view of Chichibu. Recently, pamphlets in foreign languages and Wi-Fi have been provided, and the area has become a spot that can be toured easily by foreign tourists. 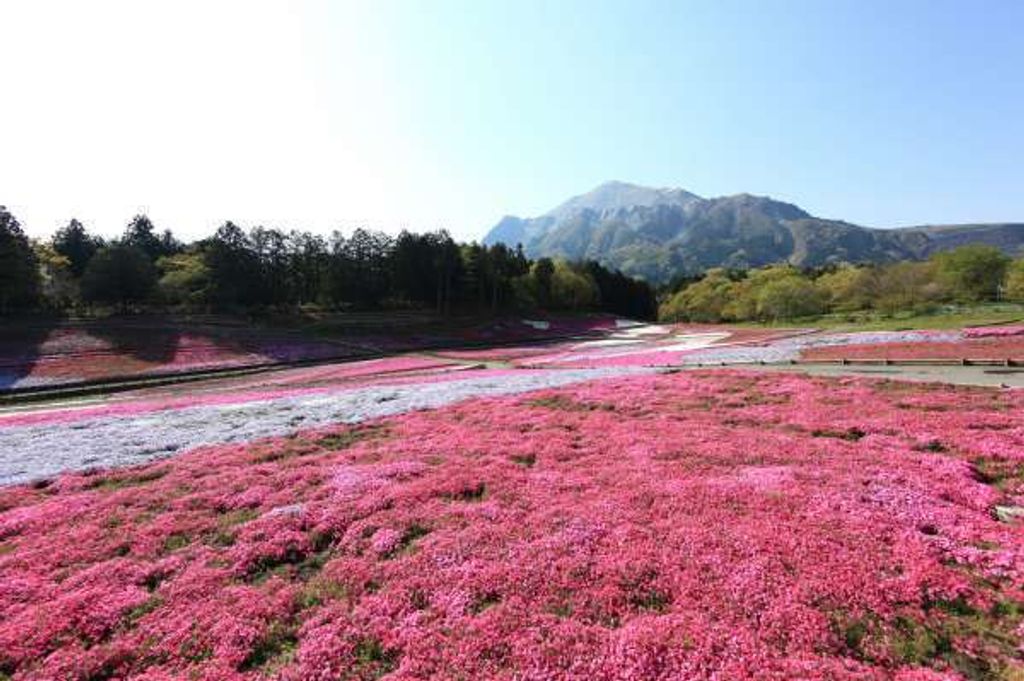 Hitsujiyama Park is located at the base of Mt. Bukoh of Chichibu City in the back of Saitama Prefecture. The north and south sides of the park are known as Misubarashi Hill and Shibazakura Hill respectively. The planting of moss phlox began in the year 2000, and with the number of flowers growing each year, even the mass media has started to pay attention. In 2014, 570,000 people visited the site which has become the tourist spot for Chichibu in spring. Moss phlox (shibazakura) is a perennial which originally came from North America. Its blossoms resemble those of the cherry (sakura) but spread across the ground like grass (shiba) which gives it its Japanese name. Since the colors, which can range through dark & light pink, white, violet and blue, and shape of the petals differ, there are many ways to enjoy view the flowers whether looking at them one-by-one up close or admiring the pink carpet from a distance. The peak time of mid-April to mid-May is also the time of the Shibazakura Festival where many people enjoy the specialty products of Chichibu and comfort food such as miso potatoes being sold.

Hitsujiyama Park is famous for its moss phlox, but it is also the most famous spot in Chichibu for its cherry blossoms. About 1000 cherry trees of different species compete for beauty in the park. Misubarashi Hill where the cherries are planted doesn’t try to shut out the blue sky but uses the contrast between it and the cherry blossoms to symbolize a Japanese spring. Hitsujiyama (Sheep Mountain) was named after the fact that the area once had Saitama Prefecture’s sheep breeding farms. Even now within the park, there is a petting farm which has sheep, and elsewhere there is the Wanpaku Plaza for the athletically-minded, along with the Mt. Bukoh Museum and a museum showing the works of Shiko Munakata. 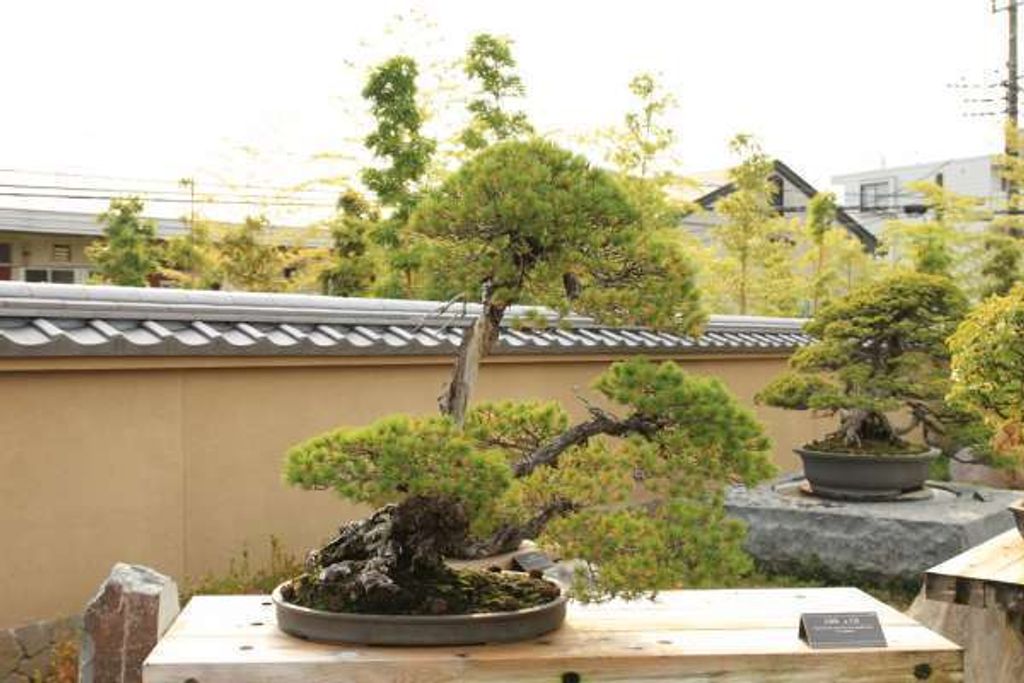 Bonsai involves growing plants in small containers and having their branches and leaves shaped to express nature. Brought over from China in the Heian Era, it became actively enjoyed in the Edo Era. Bonsai, which takes time and effort, is known as a hobby for people like the elderly, but for the past several years, it has also received attention overseas and bonsai culture has been rising in popularity. In addition, it has also become a cute statement in terms of interior design starting from the small pots, and in recent years, it has become a hit with young women.

The Bonsai Art Museum began displaying bonsai from its opening in 2010. Omiya has a Bonsai Village, and so the museum was established by the village. Aside from a display of bonsai, the museum also provides a plethora of information pertaining to the art such as displays of the pots and stones used for the art, paintings such as ukiyo-e which have depicted bonsai, and historical information related to bonsai.

Furthermore, in the large bonsai garden that is in the museum, pine that is a staple for bonsai is displayed through approximately 50 exhibits, shaped into trees such as maple. The time spent leisurely viewing the bonsai from Azumaya in the center of the garden and getting a sense of nature is one of the charms of this Japanese traditional culture. How about starting your knowledge of bonsai from this occasion? As well, around the Omiya Bonsai Art Museum, there are 9 bonsai gardens in operation which make up the Bonsai Village. If you have become interested in bonsai after a visit to the museum, then it would be great to visit these gardens by all means. 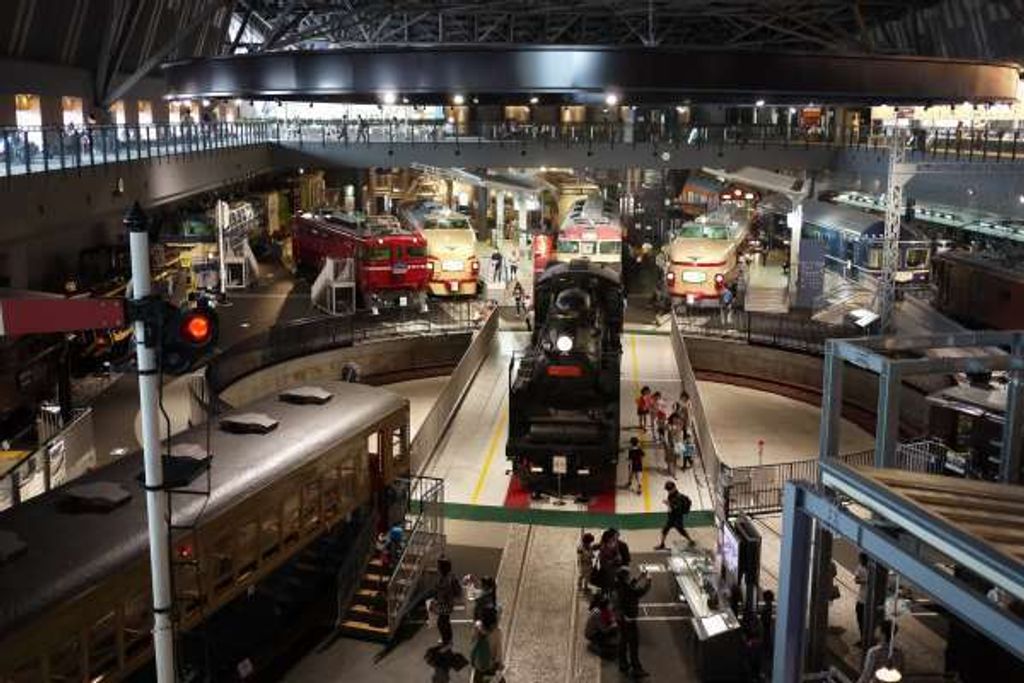 The Railway Museum is famous for its excellent permanent display. The main exhibition is in the History Zone which makes up about half of the entire museum. There is an atrium up to the 3rd floor where 36 of Japan’s railway trains are displayed in chronological order. There are steam locomotives and Bullet Trains, and from April 2015, prewar electric engines have also made an appearance. An even greater feeling for the trains of that time can be felt with the recreation of features from those days such as platforms and schedule boards. You can sightsee from inside the trains, look down on the trains from above and see them from various angles through the passage of time. In the Entrance Zone on the 2nd floor, there is the huge railroad diorama that is said to be the largest in Japan. You can get a full view of stations, bridges, tunnels and other railway fixtures along with up to 20 trains in operation. In the commentaries that occur 8 times a day for 10 minutes each, the lighting is adjusted so that you can see the diorama through a day’s morning, afternoon and night.

There are 2 rides that require numbered tickets. The D51 steam engine driving simulator is aimed for junior high school students and older. Gauges such as the speedometer operate in tandem with the operation of the train, and there is even vibration. It’s a simulation where you can even try tossing coal into the fire chamber. If you are familiar with the construction of a steam engine, then you must try it at least once. Operation of the mini-trains is for Grade 1 elementary school students and older. The mini-trains can hold 3 people and run a loop on a 300-meter railroad track. There are 10 types of train including the Narita Express and an electric engine. An actual railway system is faithfully recreated. You can also try other simulators without needing a reservation, try being railway staff, and design your own trains. Even if you are not a train fan, this is a museum which you can still fully enjoy.