If you are looking for a place to cruise along the river, soaking up the surrounding scenery and idyllic nature of Japan, then look no further. Whether you are in Kyoto, heading to Nikko, visiting Hakone, or even just looking for a relaxing boat ride in Tokyo, there is a river cruise waiting for you: 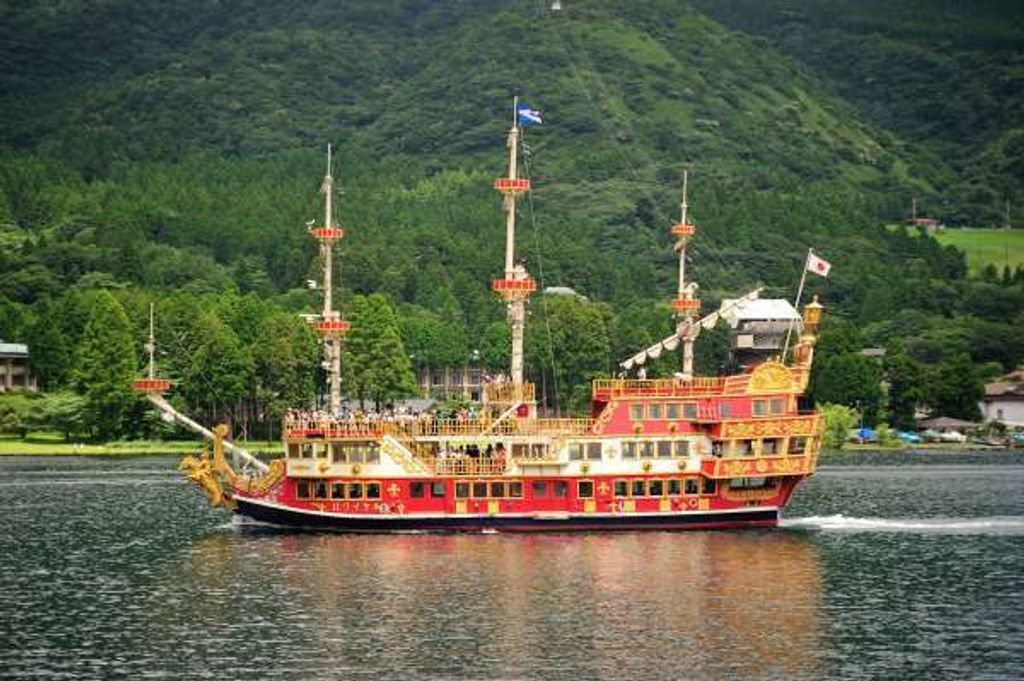 Tour ships operate on Lake Ashi. Since the circumference of this wide lake is 19 km, there are 3 ports and you can move around and take a tour at the same time. There are 3 kinds of vessels. All of them have a capacity of 500 people, and have the motifs of a French flagship, a British battleship and a Swedish luxury liner. Naturally there are cabins, and onboard features such as 3D art and skylights are standard. There are sculptures of the captain and pirates here and there which are popular as photography spots. Since there are 3 travel courses, trying out each of them is also fun.

If traveling by car, there is the ropeway and cruise set, and if you plan to use different modes of transportation to get around Hakone, the Freepass which also includes train and bus is a great deal. And with that ticket, you can get discounts for art museums and tourist landmarks. You can move around anywhere without worrying about fares since it’s all-you-can-ride for every place. There are summer festivals in early August and at the Setsubun Festival in early February, you can take a cruise to view fireworks. Reservations are necessary. The leisurely view of fireworks from the top of the lake is exceptional.

Why operate pirate ships? During the 1960s when there was an increasing tendency toward leisure, the company president at the time visited Disneyland. Seeing the attractions there, the pirate ships inspired him. It was thought that Western-style ships in Japanese-style Hakone wouldn’t work, but strangely enough when they started operating, they became very popular with the kids. Apparently, there was an onslaught of reservations to get on board. In 2013, the number of passengers was more than 1.8 million people. With the 2020 Tokyo Olympics coming, it will probably get even more popular. 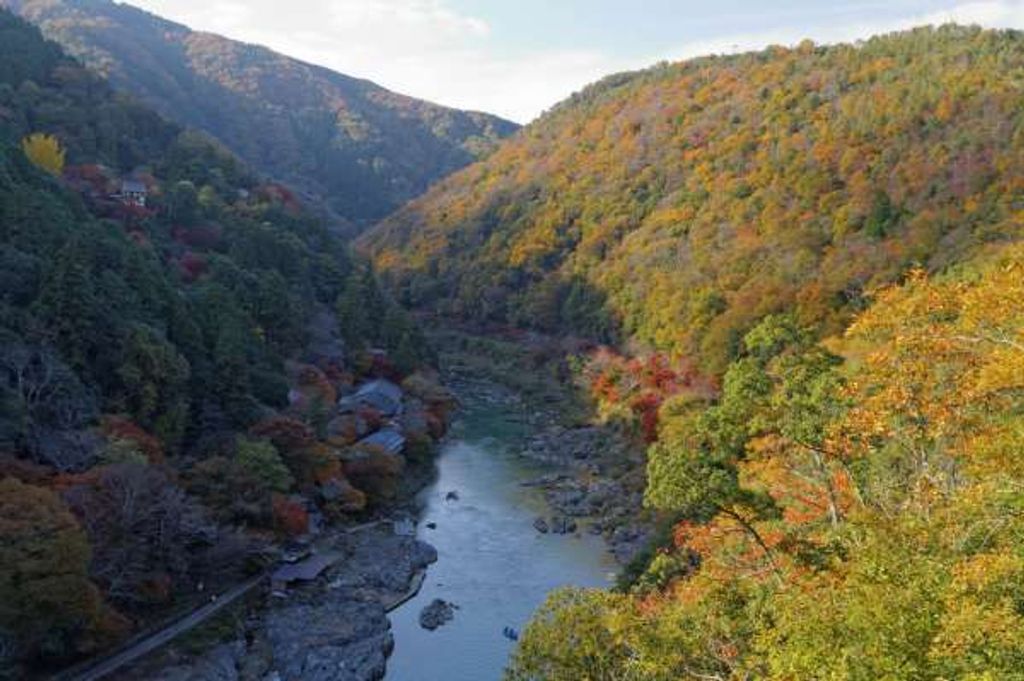 The Hozu River once was a source of transportation to Osaka and also to Kyoto when it used to be known as Tanba, an area richly blessed by nature. Now, it is very popular for its 16km downstream cruise where you can enjoy the beauty of nature from the ravine throughout the four seasons. From the old times, the waters of the Hozu River were used to transport goods downstream to the large cities of Kyoto and Osaka, and Tanba wood was also transported via the river for Tenryu-ji Temple in Arashiyama and Osaka Castle within Osaka. In 1606, following the opening of canals, rice, wheat, coal and other materials from Tanba were also moved and the Hozu prospered as an important distribution route until the railroads came to being in the 1870s. Even so, due to the beauty of the ravine surrounding the river, the 400-year-old tradition of pleasure boats carrying tourists has continued up to the present day.

The Hozu River Cruise which spans 16km through a mountain ravine from Kameoka to Arashiyama gently goes down the river powered by boatmen’s oars, carrying on a 400-year tradition through a scenic route of beautiful nature throughout the four seasons. On the meandering Hozu, you can enjoy the wonderful landscapes that weave through the crags & strangely formed rocks carved by the eternal flow of water and the four seasons such as the cherry blossoms of spring, the fresh leaves of summer, the foliage of autumn and the snowscapes of winter. There are plenty of sights to see from the 2m-high Koayu Falls, the private fishing grounds of the lord of Tanba-Kameyama, Kaeru Iwa whose appearance resembles that of a frog, to the traces of rope when the boats pulled away. On average, the cruise takes about 90 minutes to complete but in times of high water, it can be as quick as 60 minutes or as long as 120 minutes when the water level is lower. Furthermore, downstream along Arashiyama, there are boats selling food and drink such as grilled squid, Mitarashi dumplings, alcoholic beverages and hot coffee which delight the tourists. Since the final destination is Togetsukyo Bridge at Arashiyama, an attractive point is that you can just continue on with a tour of Arashiyama. You can join the cruise on that day without making any reservations. There are 7 trips per day with 4 trips per day on heated boats during the winter as the cruise operates all year round. 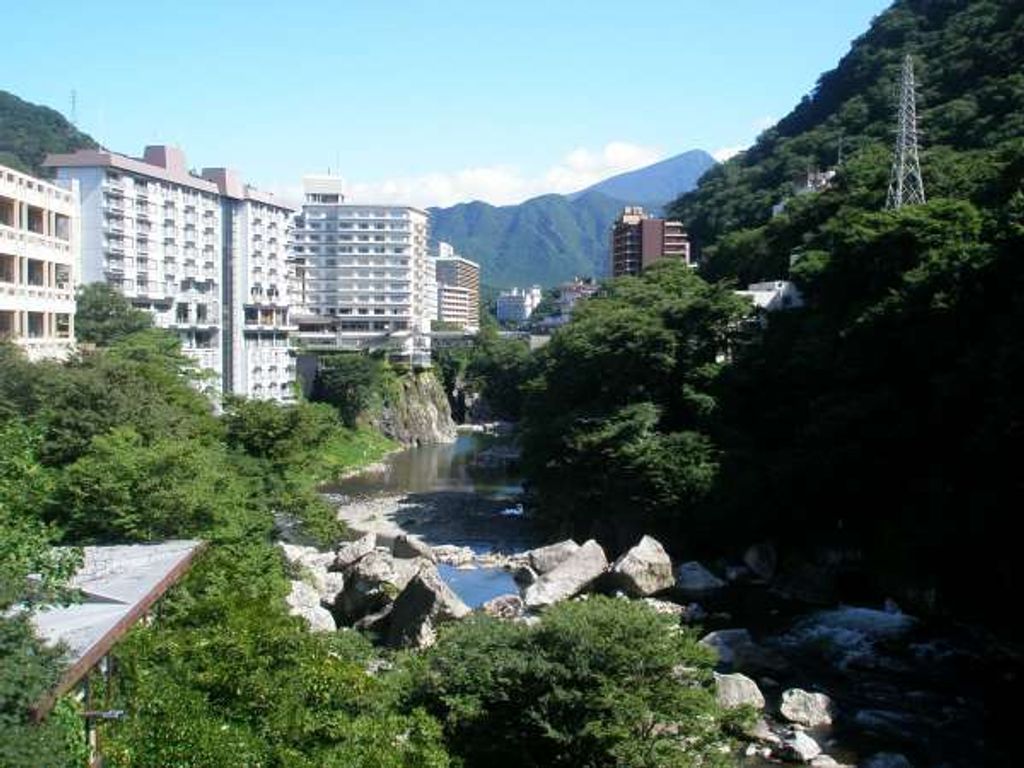 The cruise is a popular activity at the Kinugawa Onsen, famous for its hot springs. Boarding the passenger boat, it goes down the river as it is steered by an oarsman. You can fully enjoy the beauty of the gorge carved out by nature and filled with thrills, along with the strangely-shaped rocks that appear as dogs or even gorillas. Also, the expression of the Kinugawa Gorge changes over the four seasons. In the spring, the area is filled with blossoms of Fuji cherry, mountain cherry and wisteria. You can also spot Japanese nightingale. In the summer, there is Korean hill cherry and silver vine, and animals such as sweetfish and kingfisher. And then in the fall up to November, wild birds such as grey heron can be seen, and starting with blooms of hibiscus, the scenery of the scarlet fall foliage of the gorge becomes even more beautiful. However, the cruises don’t operate in the winter. The Kinugawa River Boat Cruise is near Kinugawa Onsen. After enjoying the cruise, it’s great to leisurely relax in a hot bath. In addition, there are facilities in the surrounding area such as Tobu World Square where the world’s famous buildings are recreated and exhibited at 1/25 actual size, and the 3D Space and Dinosaurs Museum for kids who couldn’t ride on the cruise. 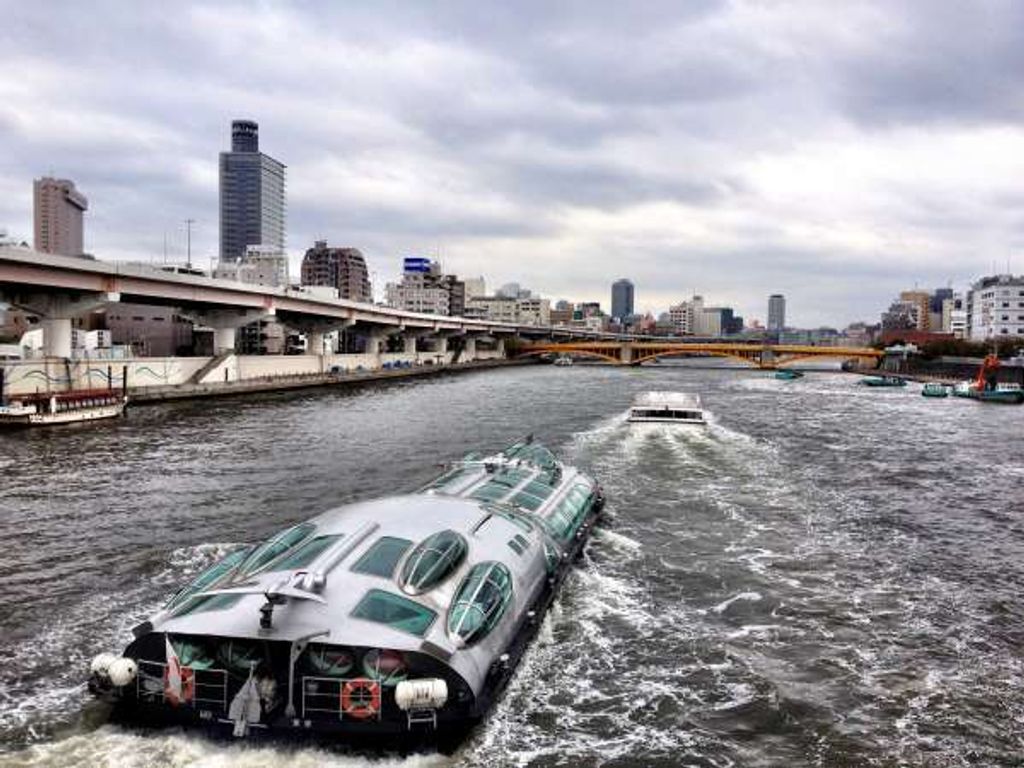 There are 6 lines in operation. The pleasure boat, Atake Maru, used by the feudal lords of the Edo Era as a personal luxury passenger vessel, has been re-created. Among the 10 types of water bus, this one gets a lot of looks. It has a strong sense of entertainment, and the onboard meals and shows have an elegant atmosphere. Travel time is about 40 minutes. Also, there are a variety of events throughout the year such as a New Year’s cruise, a night cherry blossom-viewing cruise, cruises through Sumida River and Tokyo Bay to see firework festivals, a Christmas cruise, and a cruise to see Tokyo Sky Tree.

There are 11 courses in operation from shitamachi areas such as Asakusa and Ryogoku to seaside areas like Odaiba and Kasai with their own elaborate details. There are tours such as “The One-Day Relaxing Tour” that goes through Tokyo Bay and the surrounding rivers in 8 hours and 50 minutes and “The Kawasemi Asakusa, Hamarikyu Tour” that goes to the Hama Detached Palace while viewing the bridges over Sumida River that has been called the museum of bridges. On “The Kawasemi Nihonbashi River and Kanda River Tour”, relics of Edo and the current Tokyo can be seen from ship. The width of the two rivers is narrow, so you can view both riverbanks from close up, a valuable experience that cannot usually be seen.

The “Tokyo Canal Cruise” is a tour of Tokyo’s famous bridges starting and ending at Nihonbashi. You can get a 360-degree view of places such as the underside of bridges from an open ship without a roof. You can experience going through Ougibashi Lock known as “the ships’ elevator” for ships to traverse through canals of differing water levels. Since there is no roof, you can enjoy the bridges passing over your heads one by one.