Things to do on a Trip to Kanda 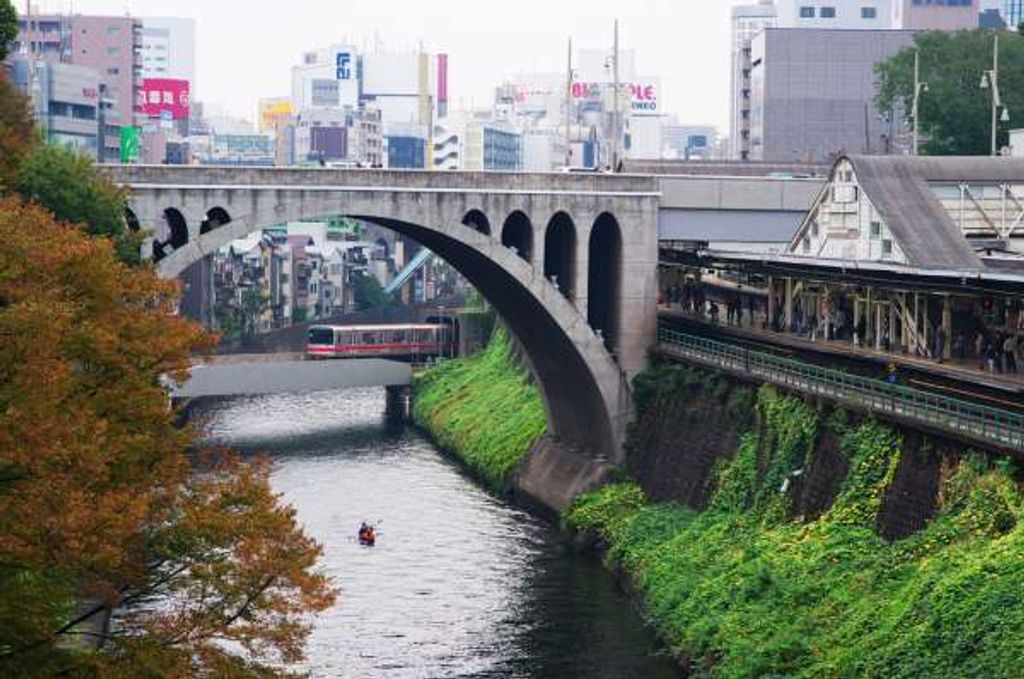 Kanda has often been called the neighborhood for the genuine Edokko. The term “Edokko” refers to that urbane person born and raised in Tokyo (the former Edo) who has that plain-spoken and generous personality, but with the residents of Kanda who have plenty of that town culture of Edo, that temperament has continued to be passed down. Although treasuring the value of the old, they also have a fondness for the new. Indeed, this has energetically bubbled over into the identity of the “Edo-Tokyo” person. There are areas in Kanda which possess various types of scenery such as historical buildings, new office towers and a university, a bookstore street, a musical instrument street and a sporting goods area where the images of the neighborhood change greatly. However, it is only with Kanda that their co-existence isn’t anything out of the ordinary. The Kanda Festival held every May is an important one for the Edokko residents in Kanda. It is one of the Three Great Festivals of Edo that has continued on since the Edo Era and is even considered to be one of the Three Great Festivals of Japan, something that residents are proud of. The town truly comes alive then.

Even mentioning the word “Kanda” leads to a wide range of meaning. Close to Akihabara, there is an area where you can enjoy a walk through historic sites such as Kanda Myojin Shrine and Yushima Seido Temple, an area of cuisine from the good old days where soba shops and hot pot restaurants are located in old pre-war buildings around Awajicho, and a famous academic area of universities and musical instrument shops which also includes the beautiful Holy Resurrection Cathedral (an Important Cultural Property), a historic structure of Russian-style design that is located in the Ochanomizu neighborhood. In addition, there is an area around Jimbocho that is Japan’s leading district for old books and technical books which also has buildings with shops specializing in sporting goods. In this way, Kanda brings together the old and the new, and is famous as a shopping area responding to the needs of people with particular interests as well as a place to enjoy for tourism.

Bookstores Street is an area along Yasukuni Avenue in Jimbocho which has many book shops lined up. The bookstores that are not only along the main street but also on the side streets are mainly places specializing in old books, many of which also deal in antique tomes from the Edo Era. There are also old specialty stores which bring together ukiyo-e, woodblock prints, ancient maps as well as books on medicine, martial arts and science. It’s good to consult with the shop owners about the books that you are looking for, but it’s also fun to go treasure hunting for that desired book from that pile of old tomes. In the fall, there is the Kanda Old Book Festival in which 100 shops line up over a million old books. Attracting numerous book lovers from all over the nation, they immerse themselves into the search for books for the entire day. Nearby there are some modestly well-hidden cafes which are fun to find and enter. While enjoying coffee in those tiny places, opening up that just-bought book and resting those tired legs is a recommended “Kanda-esque” way to spend the time. 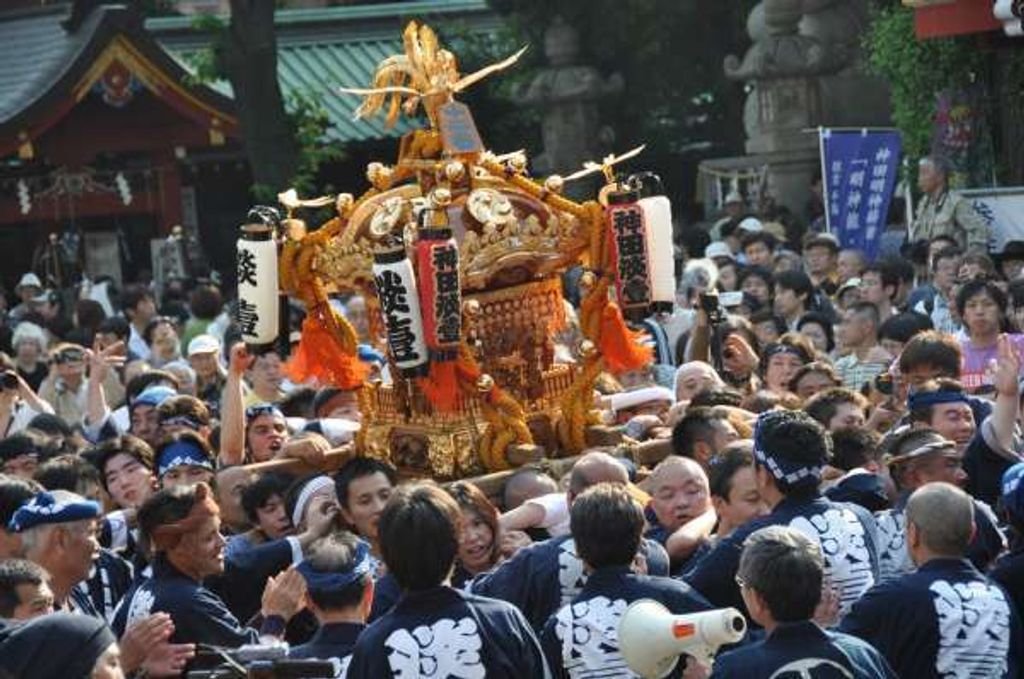 The Kanda Festival is a festival held at Kanda Shrine in the Kanda district of Tokyo. The 1300-year-old shrine was worshipped as the guardian deity for the streets of Edo during the Edo Era, and although the origins of the following festival are unclear, during the turbulent times in the year 1600, Ieyasu Tokugawa made it a standing order to pray for victory daily. When he did achieve victory, he was able to unify the entire nation, and as a result, Kanda Shrine received protection from the Edo shogunate. Since that time, a grand ceremony has been held at the shrine in the form of a festival related to the Tokugawas.

The Kanda Festival is held biannually in May in odd-numbered years as a regular festival done in grand style. Depending on the year, the schedule varies but it is usually held around May 15th and goes on for about a week with various events happening. This venerable festival from the Edo Era generates a lot of excitement. It is not just one of Edo’s Three Great Festivals, but alongside the Gion Festival of Kyoto and the Tenjin Festival of Osaka, the Kanda Festival is one of Japan’s Three Great Festivals which attracts a large number of tourists from all over the country. Within the festival itself, during the most exciting day of the Mikoshi Miyairi, 100 portable shrines pour out onto the streets from Kanda Shrine, and the sounds of nimble flutes and taiko drums along with the high-spirited voices of the people last until night.

The Kanda Festival was affected by conditions of the times through such things as cancellation of the float parades during economically tough times and war. However, in recent years, as the brilliance has returned, the pulled floats (hikisha) with their showy and large art works that appeared during the Edo Era have made a comeback, and with things such as the warriors’ parade and broadcasting the festival via the Internet, the excitement can be shown. Filled with dedicated events such as wadaiko drumming and nightly Noh performances, these various events which are in gratitude toward the deity protecting Edo are precious highlights with the knowledge of Japanese traditional culture.