10 things you should know about Sushi before going to Japan

When traveling to another country , one of the ways to experience the new culture is through food. Sushi is one of the hallmarks of Japanese culture and comes in different sizes and shapes. Here are 10 things you should know before coming to Japan to better understand the origin and peculiarities of what you are tasting .

1.  The difference between Sushi and Sashimi 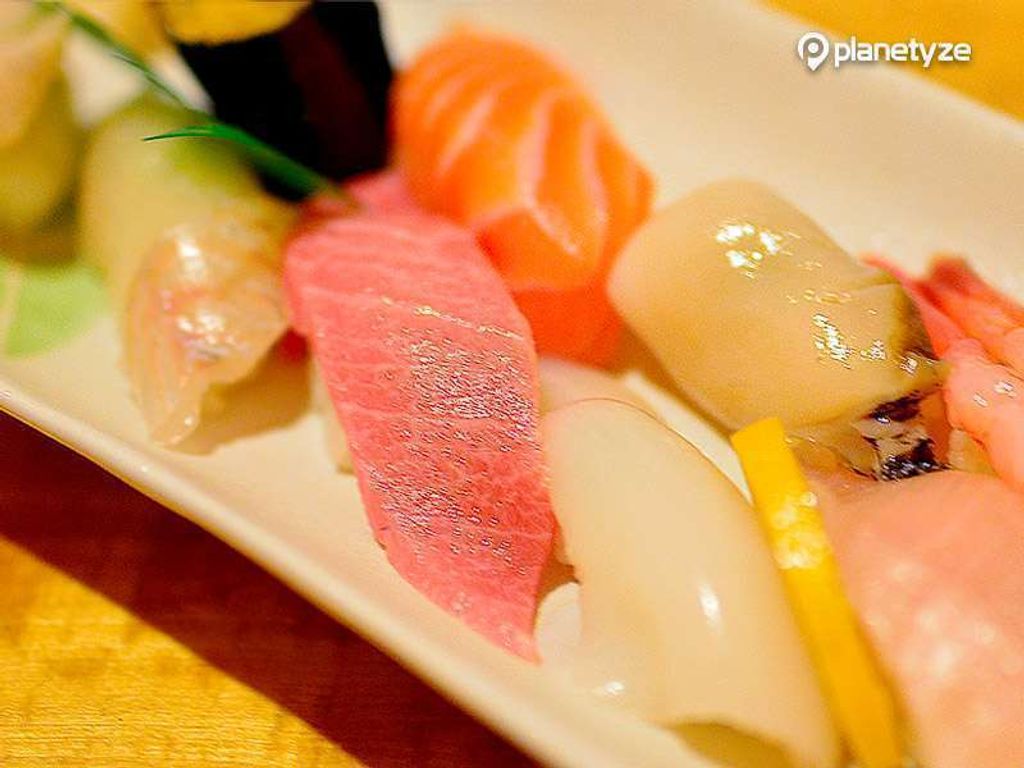 While Sashimi is defined as a piece of meat (not necessarily raw seafood) draped over garnish like Daikon and commonly accompanied by perilla leaf. While the majority of Sashimi items are served raw, this is not necessarily a rule. An octopus, for example, might come raw, but it is usually served cooked due to its chewy nature. Sushi, in the other side, is defined by its vinegard sushi rice. Simply put, the difference between sashimi and sushi lays onto the vinegard sushi present on the second one.

It is said that the original type of sushi (known today as nare-zushi) originated in Southeast Asia, along the Mekong River. The term comes from an old grammatical form and means, literally, “sour-tasting". Narezushi is the oldest form of sushi in Japan and is made by wrapping fish in soured fermenting rice. In its beginnings, only the fermented fish was consumed while the rice was discarded. 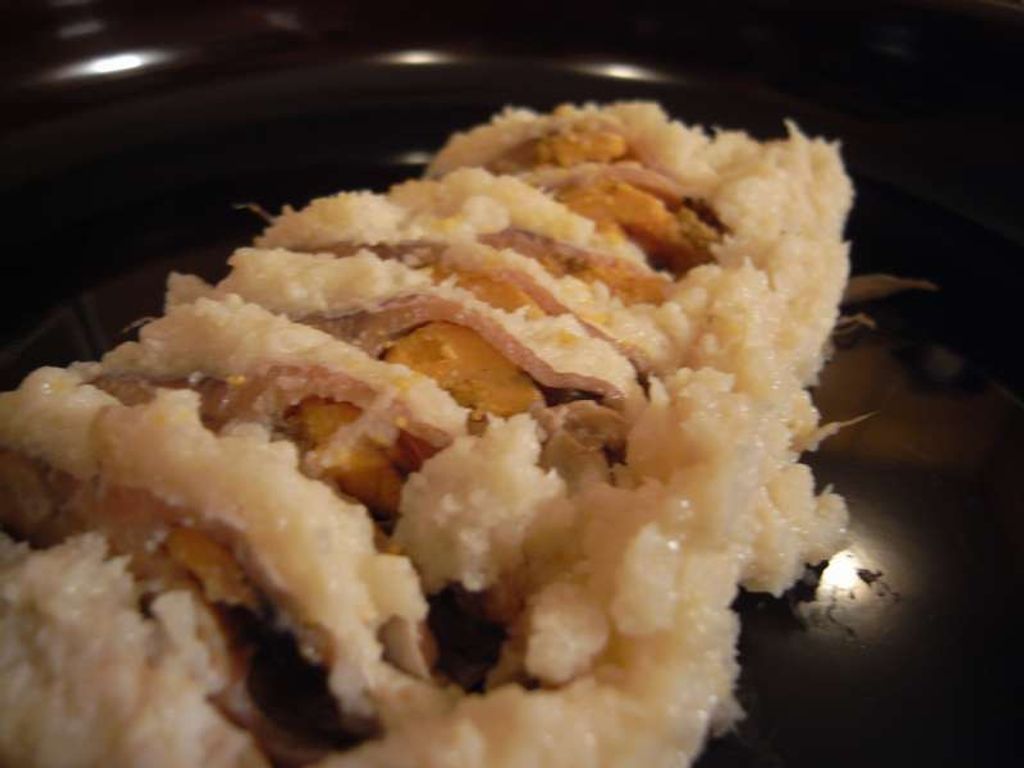 Narezushi, the traditional form of fermented sushi, is made by stuffing salt into skinned and gutted fish, placing it in a wooden barrel doused with salt. Over the days, the water is removed and, the final result can be consumed even after 6 months or more. A variety of this type of Sushi is still made in Shiga Prefecture as a typical dish called funa-zushi. If you want to try the closes Sushi from its origins that is the best option. 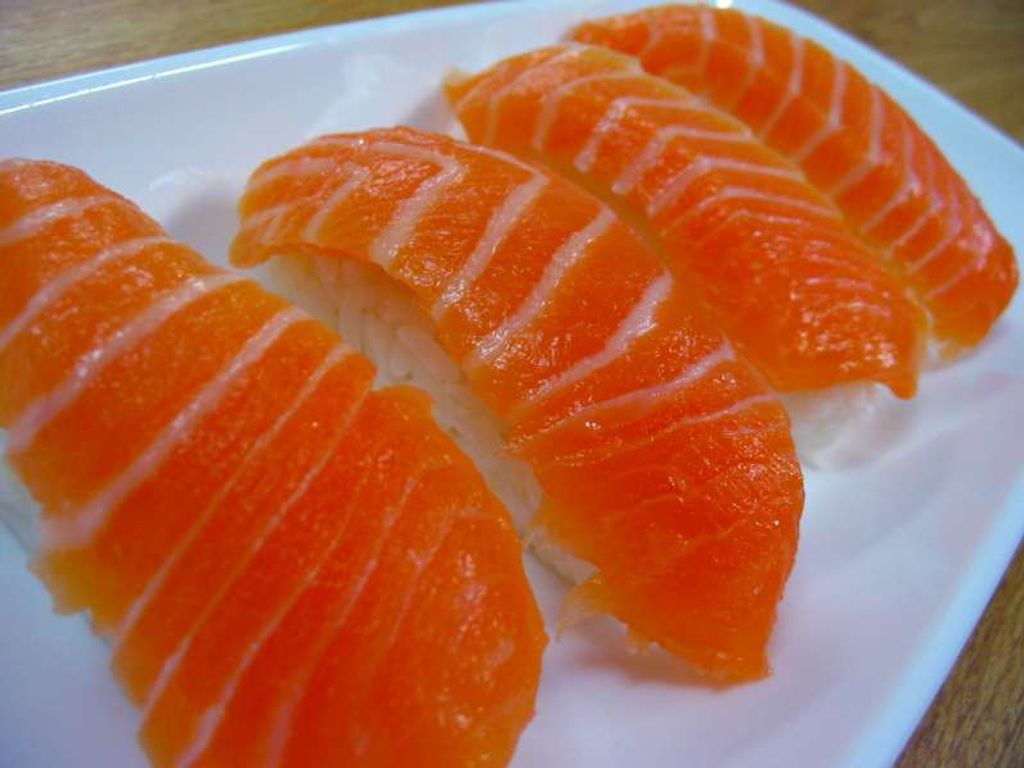 Nigiri sushi is basically a hand pressed Sushi, which means that the rice is formed into its shape using the palm of one hand and the forefinger and thumb of the other, after that itreceives a swap of Wasabi and a topping. Its toppings, called Neta, usually include seafood such as salmon, squid, shrimp, octopus but it can also come in other varieties of ingredients. As it is higly popularized outside of Japan, its an interesting dish to compare the differences between the western version and its traditional form. Meaning “rolled sushi”, it is one of the most popular types of Sushi. Usually it is wrapped in Nori (seaweed), but occasionally it can be wrapped in a thin omelette and other types of ingredients such as cucumber. It is divided into 3 different types divided by thickness: Hosomaki (thin rolls), Chumaki (medium rolls) and Futomaki (thick rolls). It can also be found as a Uramaki, in which the rice is in the outside and the Nori on the inside. 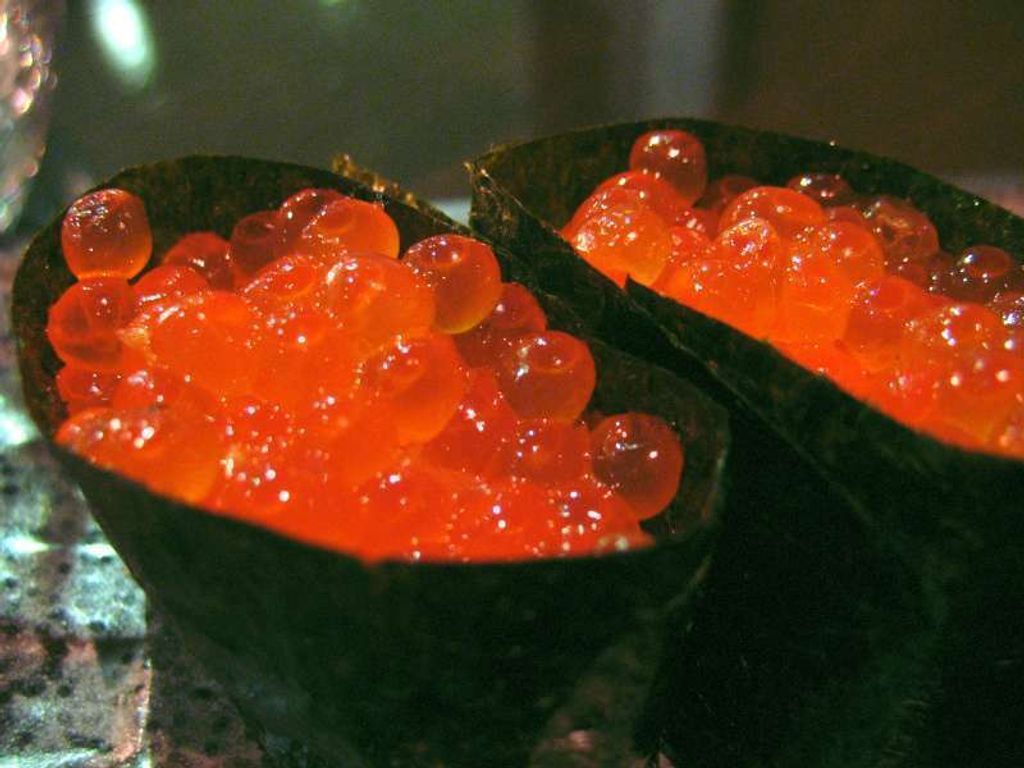 Also known as Battleship Maki, Gunkan Maki is a salty Maki topped with ikura (fish eggs). Supposedly, the invention of Gunkan Maki is attributed to the restaurant Ginza Kyubei, one of Japan’s most famopus restaurants.  Located in Tokyo, besides experiencing quality food, visiting this restaurant might also have a historical feeling for sushi enthusiasts. In addition to its taste, ikura provides a look quite unique from other kinds of Maki. Another well known option of sushi, despite its appearance Temaki can also be considered a Maki Sushi. It is hand-rolled as the name suggests and can be a convenient appetizer in parties and events, as it eaten holding it in your hands. Ideally, a Temaki roll should note be pre made, and be eaten right after it is prepared. With the wait, the nori softens and loses its crispness, making it harder to bite the longer you wait. Inari sushi is made by filling seasoned fried tofu (abura age) with Sushi Rice. The origins of its name is said to come from the Shinto god, Inari, who was fond for tofu. It is an interesting option to try while in Japan as it is not a common type of Sushi in the rest of the world The abura age is made by cutting tofu into thin slices and frying it. It can be purchased in packs at markets already seasoned or in a can, ready to use.

The tradition of Oshizushi comes from Osaka. It is molded using a wooden mold called oshibako. The wooden mold is used putting layers over layer of sushi rice, condiments, and toppings after that everything is pressed down with a wooden top in between each layer. After the final layer is pressed, the ushi block is sliced using the trenches noticeable in the sides of the box above. Finally, the sushi is pushed out of the bottom of the mold and its final slices are made before serving. 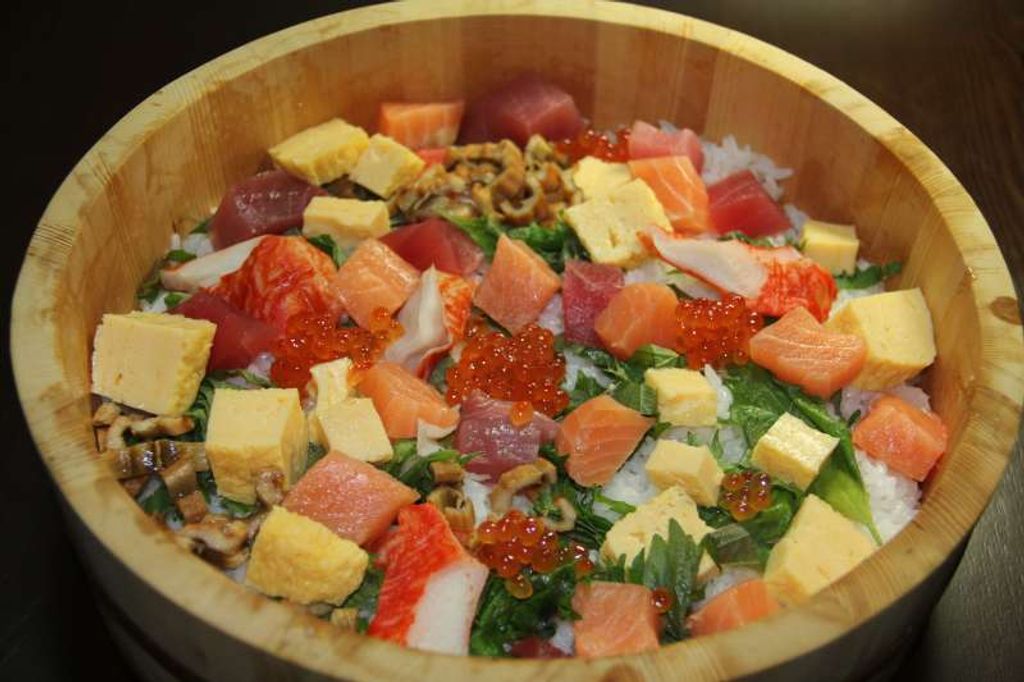 Chirashi Sushi, or "Scattered Sushi", came around the same moment as Maki Sushi in Japanese history. Another close translation for it is "sushi rice salad. The most popular types of this kind of Sushi in Japan does not contain meat but vegetables, eggs, fried tofu. There is not such a thing as a “correct” kind of chirashi sushi as the ingredients goes in many different varieties depending on the region, chef’s preference or even the costumer’s preference.

As we can see, Sushi can come in the most different forms and tastes. From Temaki to Inarizushi, japanese cuisine is able to provide gastronomic experiences as different as you are willing to try. What is your favorite type of Sushi?