The 9 Best Japanese Craft Beer you Must Try in Japan

Here are the 9 best Japanese Craft Beer you must try: 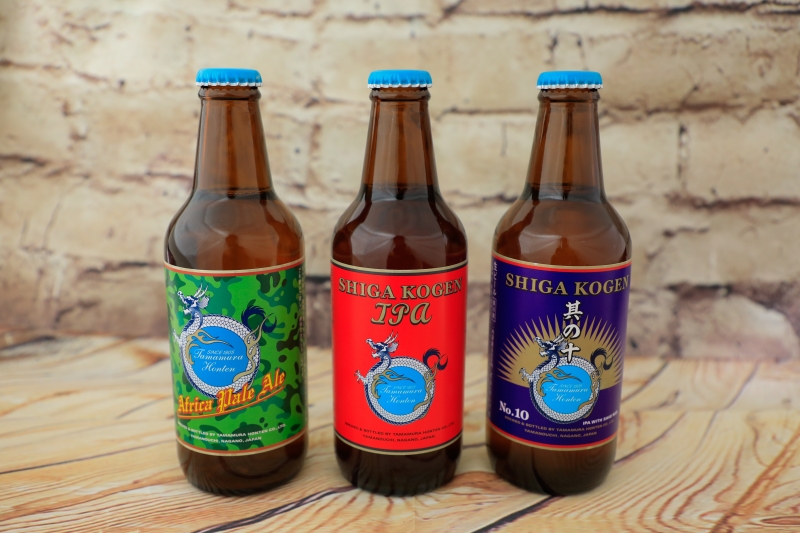 Shigakogen Beer's ingredients are all grown specifically for brewing beer. From hops, sake rice, wheat, barley, blueberries and buckwheat (soba), the brewers wanted a clear, defined taste that stands out from other beers. This is the ideal first craft beer you should have in Japan as it introduces you to the insane amount of dedication Japanese people put into their beers! 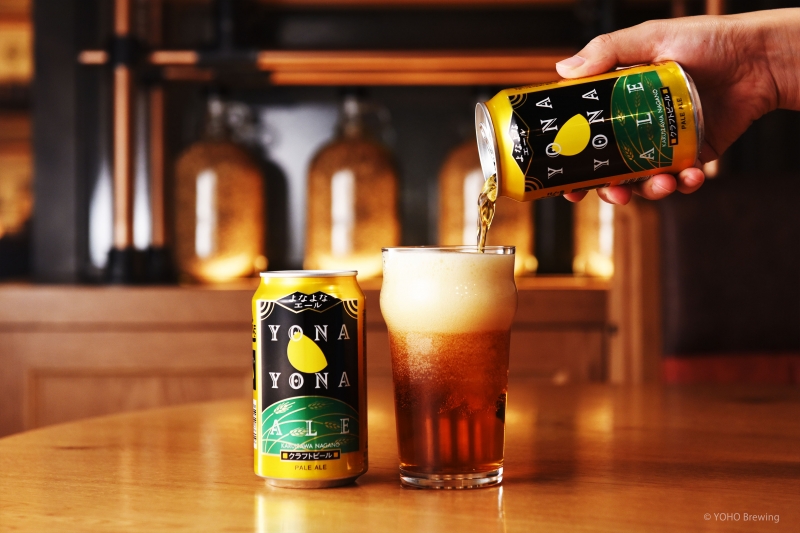 Yona Yona Ale is one of the most popular craft beer in the Japanese market. It has a citrus flavor combined with floral and a touch of spice. There is a slight sweetness combined with the bitter taste of hops which makes it easier to drink than most. The alcoholic content is 5.5 percent, and you should be able to find it in most convenience stores throughout the year. 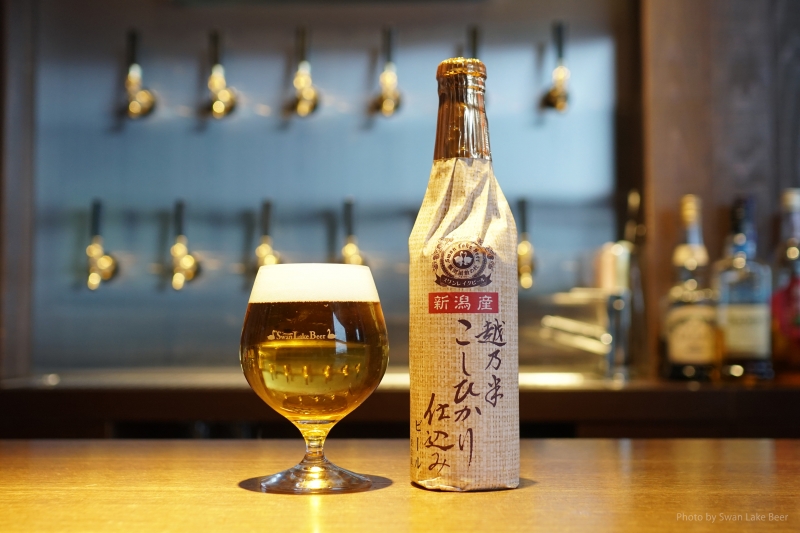 Made by the same brewery that won two World Beer Awards (2000 and 2006), they are famed for their consistency in creating high-quality craft beers. A touch of caramel adds a certain sweetness when combined with malts, the smoke of roasted hops and a nutty aroma. Definitely a memorable taste that beer lovers should try. 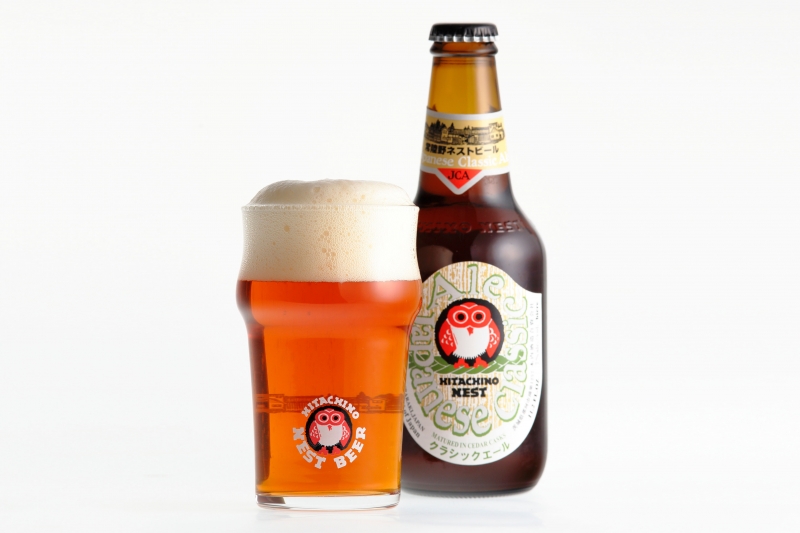 Kiuchi- the company that made this ale- originally started making traditional Japanese sake, it wasn't until they began producing beer that they became so popular internationally. The beer has a relatively amber color with a caramel taste that is similar to the Black-Forest gateau and chocolate. This ends with a moderately bitter finish which makes it easy to drink. Suitable for beginners of Japanese craft beers! 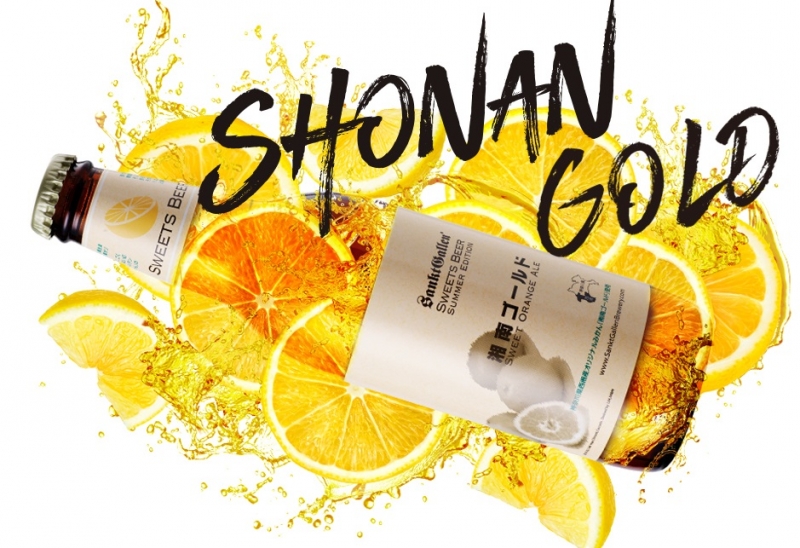 The brewery of this beer is said to be the original pioneers of Japanese craft beers. Upon drinking, you will notice a strong hint of orange and grapes which creates a cooling drinking sensation. Try out their stout created coffee beans that had been excreted from elephants as well for something truly different! 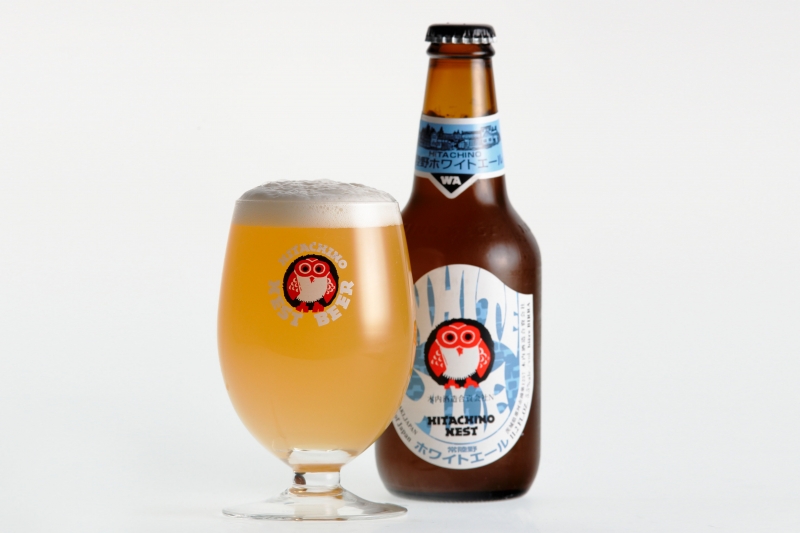 Hitachino Nest White Ale is brewed in Belgian style with a refreshing mix of orange peel, nutmeg, and coriander. You will notice a wheaty flavor with a strong nutmeg spice, ending with a crisp, herbal taste. Give this a try for a distinct taste in Japanese craft beers. 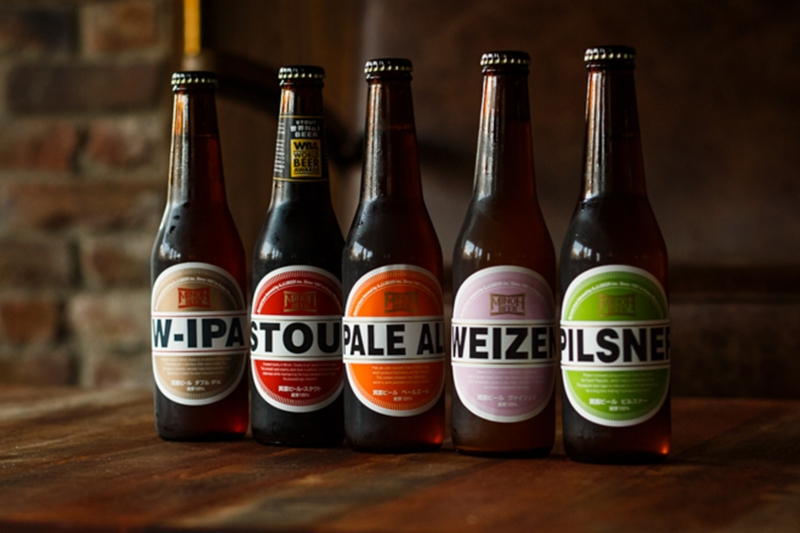 Minoh Beer has various awards for boasting the best IPA and stouts in the country.  Their beer is famed to not possess and filtering or heating process while brewing which makes the beer significantly fresher than usual. 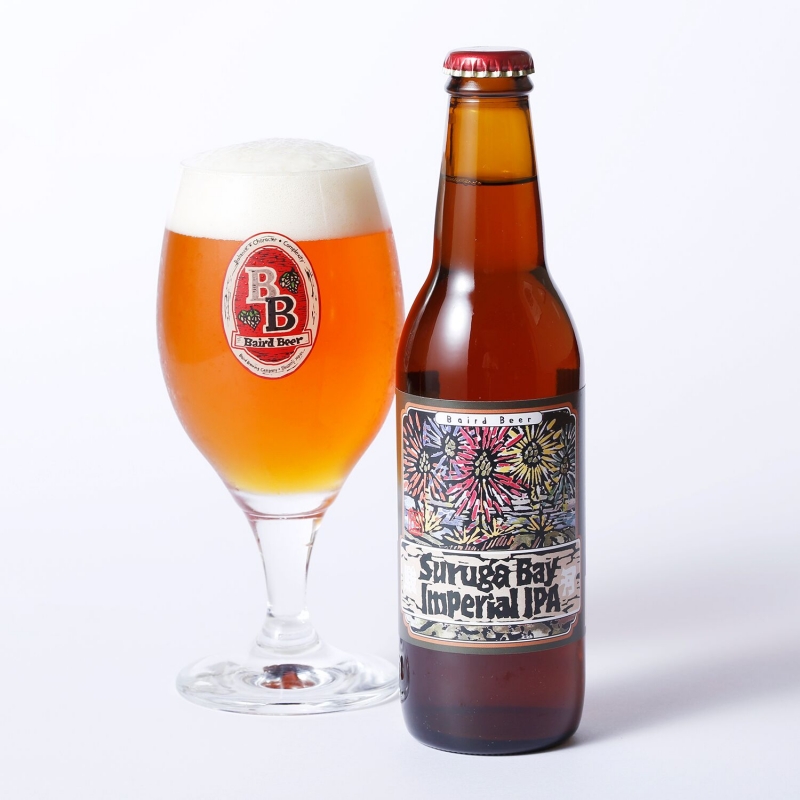 Baird Brewery's Suruga Bay Imperial IPA stands out for its distinct dry taste. There is a strong hint of hop which was only achieved through a process of drying and various fermenting stages. The balance between aroma, flavor, and bitterness is praiseworthy and will definitely leave a lasting impression on you. 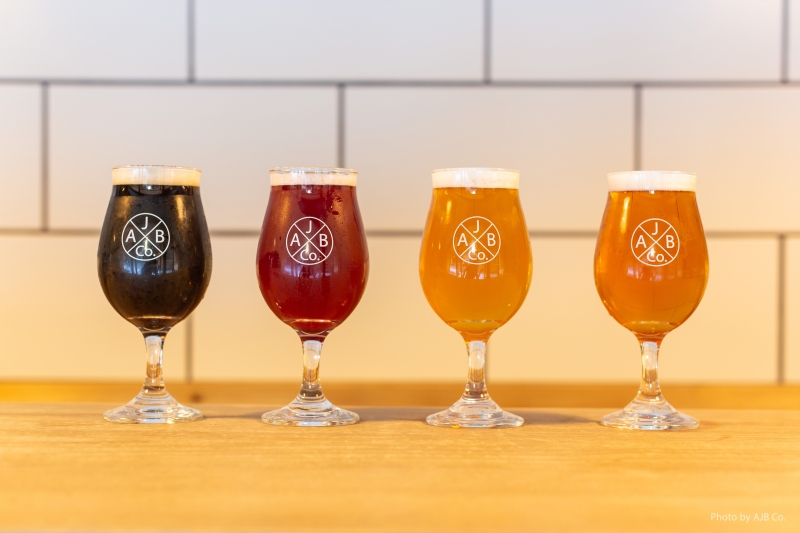 Anglo Japanese Brewing (AJB) Company was founded by Thomas Livesey who came to Nagano. A few years ago to kickstart his very own Japanese craft beer company. Shortly after opening, AJB’s Imperiality got rated as the best beer in Japan by the independent popular beer rating site Ratebeer.  They are particularly well known in Japan for Barrel aging beer, but produce a wide variety of beers, all brewed without compromise, using the best quality ingredients, found both locally, and from around the world.

If you'd prefer more affordable beer varieties then look no further than the well-known canned beer brands below, they not only offer great taste, albeit not as unique as craft beers but are relatively inexpensive for what you get. The average beer in Japan price is only 120  - 180 yen for a 350mL can! 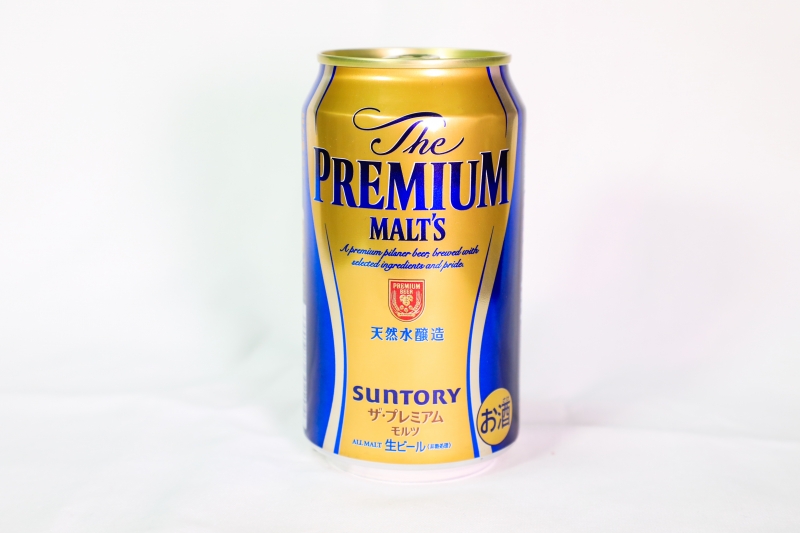 Suntory's beer has a very light taste yet deep which makes it easy to drink for those that don't drink that much and flavorful enough for the veterans. The smoothness of the beer is surprising since it's usually what you expect from a craft beer!

Perhaps the most expensive but still affordable brand of beer on this list, Yebisu makes up for its cost by giving its consumer high-quality ingredients. There is even a farm that produces barley explicitly only for brewing. This is definitely the beer for special occasions. 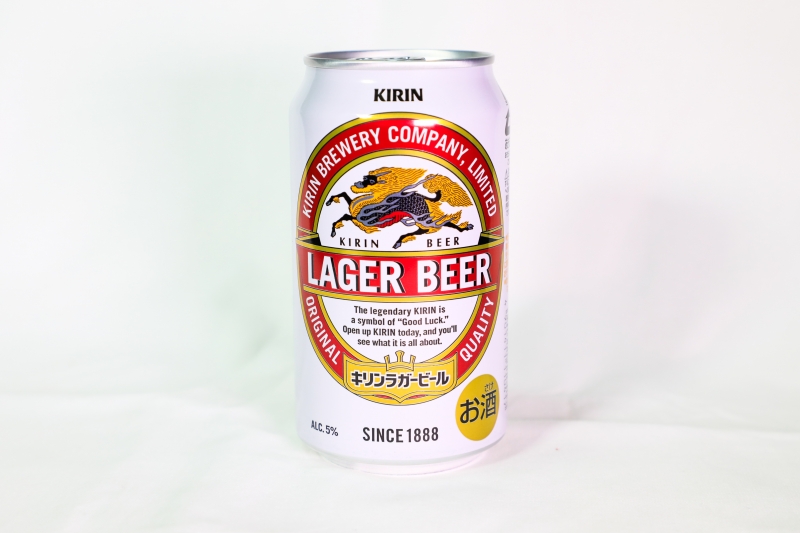 Kirin Beer is best when accompanied with Japanese food. The taste of the beer is clear and crisp thanks to the fact that it is only brewed once in comparison to other beers where they are brewed through many processes.

Asahi Beer is one of Japan's most famous mass-manufactured beers that have spread across the world. You should have at least heard of the name "Asahi Superdry" because the beer is famed for its dry and crispy taste unlike any other. When in doubt, pick Asahi Beer for an authentic Japanese beer. 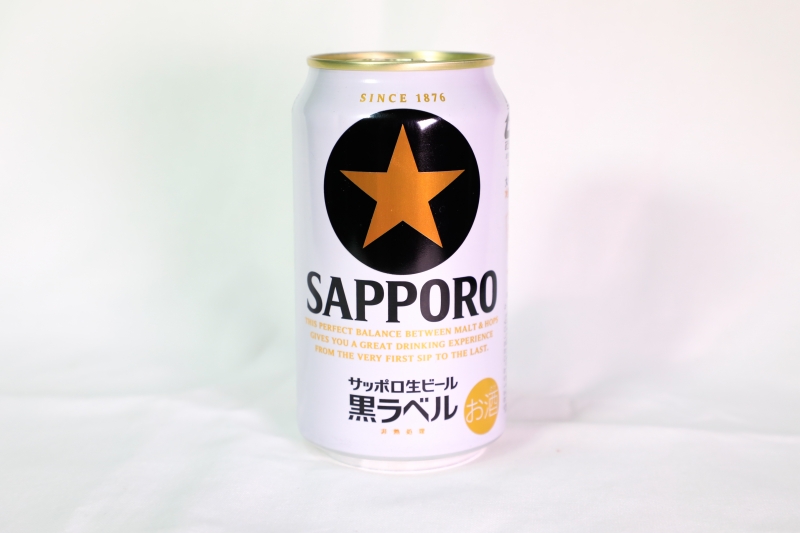 Sapporo beer has always been said to have rival Asahi's, but it's all up to personal references. Sapporo is somewhat darker in color but is lighter with a slight hint of hop. Sapporo beer is a great alternative when looking for affordable beers.

Why go far to the countryside only to have one brand of beer when you can come to one place and have a taste of many? Japan hosts a variety of Japanese Craft Beer Festivals and below are a few of them that you should definitely check out: 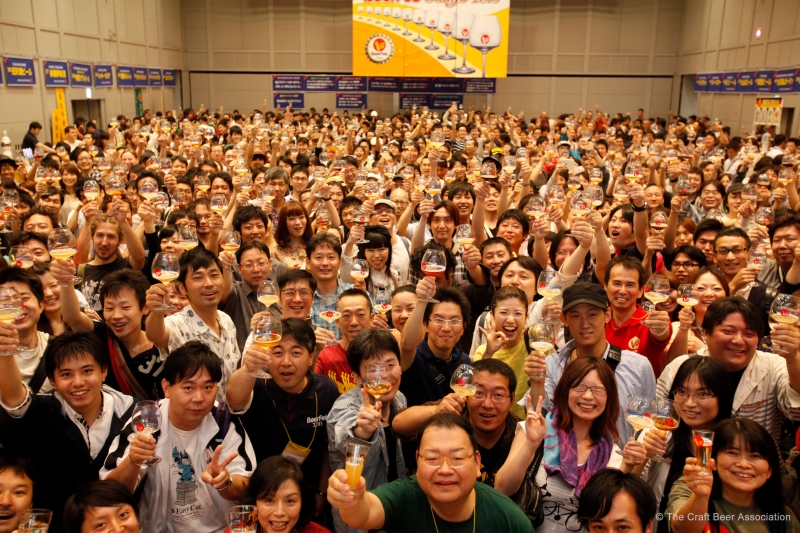 The Great Japan Beer Festival is the biggest annual festival that changes location every year (2019's festival will be held in Okinawa). Not only can you taste a huge array of beers with different flavors and aromas but you can also learn about "Beer Styles". 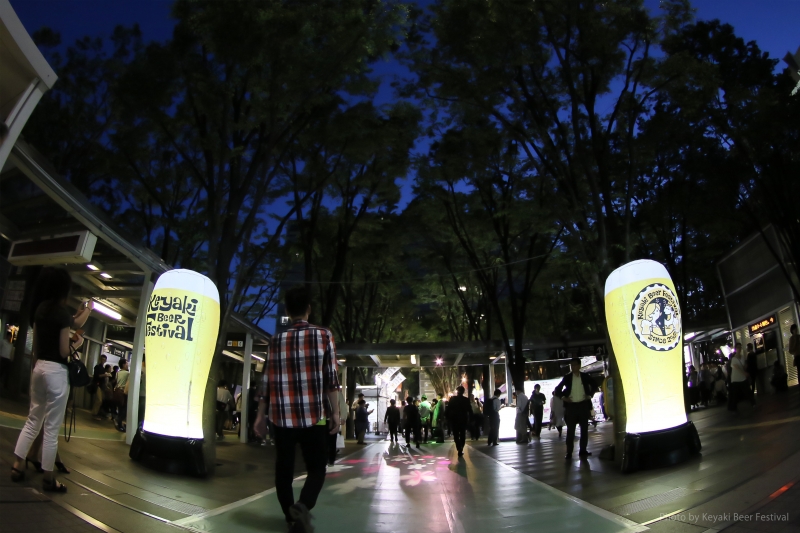 Keyaki Beer Festival is dedicated to the brewery of Japan craft beer. If you don't want to go far to experience the liveliness of a beer festival while living in a metropolis, then this is the place to check out as it's only located in Saitama! 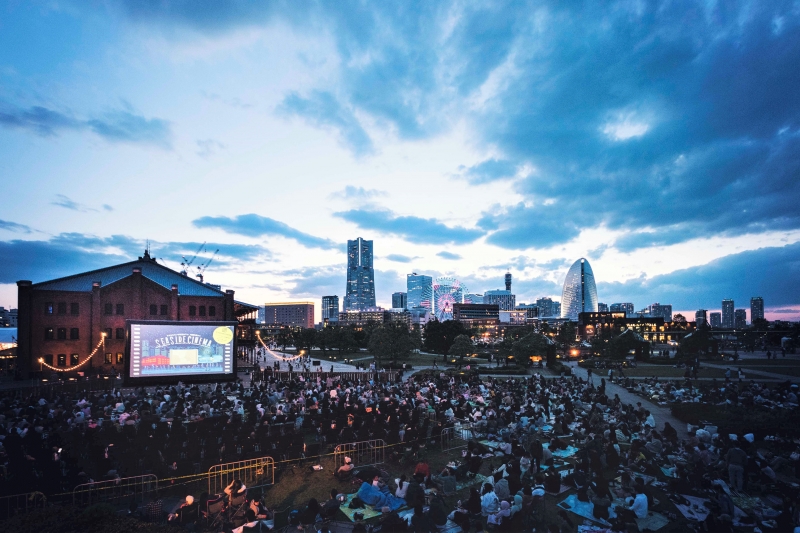 Frulingfest is a German festival, but it offers more than just German beer! This festival houses an outdoor theater, rides, attractions music, food and of course plenty of beer! Despite this being a beer festival, don't be afraid to bring your kids along, as its very kid-friendly.

Japan's craft beer may not have aged as long as other countries, but that doesn't mean the quality of their beer is any less impressive. Breweries of Japanese beer are dedicated just like every craft Japan prides itself in, much like Sushi or Ikebana. So don't hesitate to have a taste of Japan craft beer as it will undoubtedly leave you wanting for more!

Want to know how to make your trip more interesting? Here's how:

Maybe you have heard of bar hopping in Japan, and it is the perfect experience for those who love drinking, partying and doing it all over Tokyo. At TripleLights we offer the best tours (bar hopping included) and Local Guides to make your journey hassle-free.  Look no further than having a local guide to help you make your trip to Japan the best one yet.

The best part is?

You have the freedom to personally create your own tour and decide where you want to go, if you wish to rent a car and ride around or maybe bar hopping in style then send a message to our local guides to get a suitable Japan vacation itinerary and quotation for a memorable experience.

If you want someone to create a tour for you then why not Request a Tour. Just type what you would like to see, and our guides will send you quotes and recommendations depending on what you're interested in.

Over at TripleLights, we offer the best professional Local Guides across Japan to give you convenient 10 days in Japan itinerary suggestions or as many days as you want. You can also check our Private tours to Tokyo.

Also, during the pandemic, before you can make it to Osaka, why don’t you schedule an Online Zoom tour with the guide who knows Japanese beer well and can give you some tips on beer tasting: SPECIAL ZOOM Tour for Osaka

Looking for an authentic travel experience in Tokyo but still stuck at home? No problem! Why don’t you start by taking a Virtual Tour for a moment’s escape from the mundane and chaos with our professional guides in Tokyo?

We were looking for an in-depth understanding of Zojo-ji, and it is not one of the popular spots in Tokyo. Kazuharu prepared and came with lots of notes and tried his best to answer all our questions. He was patient and enthusiastic.
read more

“ The best way to get around Tokyo ”

Mitsuru was very careful when planning our visit, and made sure we got exactly the experience we wanted from Tokyo, with the right balance of tourist hotspots and local finds. His patience when explaining local habits and teaching us how to ride the tube were the reason we were able to get around the rest of the country, and his impecable guidance made it able for us to cover all of Tokyo in the l...
read more

Aki was very easy to work with and accomodating to our group of 6. As requested, he put together a 3 day itinerary for us based upon our interests and desired activity level. He is quite knowledgeable about "all things Tokyo" as well as the Japanese culture and history. He is a master of the Tokyo transit system and without him we would have had a difficult time navigating around. We asked Aki...
read more

In the midst of the ongoing COVID drama sweeping the world, my partner and I decided to continue on with our trip to Japan. We were a bit nervous and wary but ended up having an incredible, once in a lifetime trip and a large part of this was our time with Koji. Koji has youth and energy, knowledge about Japanese culture, food and life, and was a wonderful host during our stay in Tokyo. We felt...
read more

Though it rained most of the day we had a good look around Tokyo. Yasuro was a polite patient guide with great knowledge.
read more

Due to lack of time I decided to hire a Tokyo local guide to make use of our time,most especially for 7 hours. I did not regret to choose Noriko ,she was professional ,punctual ,very knowledgeable and she can feel the feelings of what we really wanted to see. We were so happy because we saw the places we wanted in 7 hours time. We recommend Noriko to all travellers who wanted to see in a short ...
read more

Nobu was wonderful. He accepted our last minute booking and met us at our hotel at 10am. A lot of things where closed, but Nobu had a great iteneriary for us. He spoke great english and did a great job of explaining the local culture and history.
read more

“ I had a wonderful time with Juliana. ”

OMG, I had a fabulous day with Juliana. She was very informative and very professional while showing me around Tokyo. I've requested to Juliana to take me to the snoopy museum. Despite being closed because of the virus, she took me there anyway to visit the Peanut cafe and Snoopy town. That's when i learned she too was a Snoopy fan. Her command of the English language is very fluent. I have learn...
read more